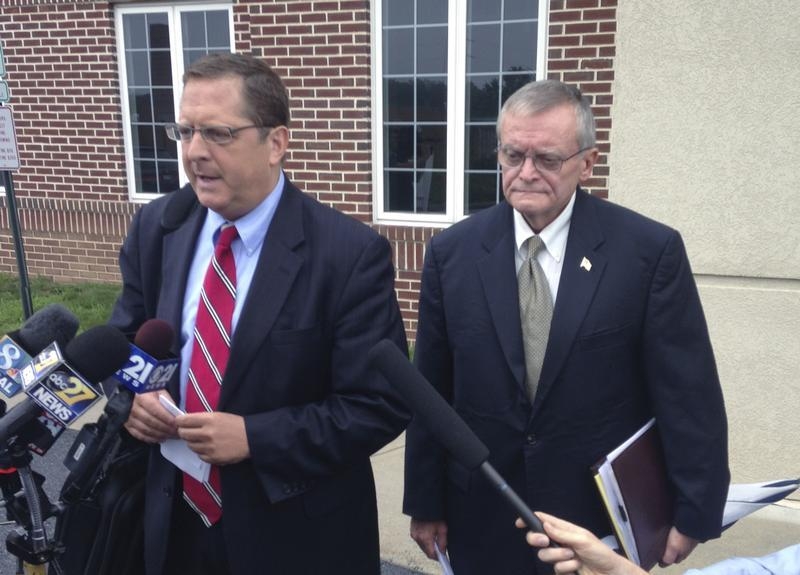 The ex-mayor of Harrisburg, in office for 28 years, faces 499 criminal counts for theft, bribery and other sins, some relating to ill-judged borrowing that led to the city going bust. Whatever the outcome, officials and investors share blame for letting an imperial CEO run amok.

Former Harrisburg mayor Stephen Reed listens as his lawyer Henry E. Hockeimer, Jr. (L) speaks to press after the arraignment in Harrisburg, Pennsylvania July 14, 2015. The former mayor of Harrisburg, Pennsylvania, who ended his 28-year tenure with the city on the brink of financial ruin, was arraigned on hundreds of criminal counts on Tuesday for theft, bribery, evidence tampering and other charges. REUTERS/David DeKok

The former mayor of Harrisburg, Pennsylvania’s capital city, was charged on July 14 with 499 criminal counts for bribery, evidence tampering and other charges.

Ex-mayor Stephen Reed and various associates issued municipal bonds for legitimate purposes. He then allegedly used some of the proceeds to travel the United States and buy Wild West and baseball memorabilia and other curiosities, including a sarcophagus and a “vampire hunting kit,” according to the grand jury’s indictment, saying they were destined for museums.

Reed told reporters he was innocent and would fight the charges.

Harrisburg in 2011 filed for bankruptcy, listing debts of over $400 million – at the time one of the biggest U.S. municipal bankruptcy filings ever. The case was thrown out and the city was instead put into receivership, which it exited last year. It is still under state financial oversight.