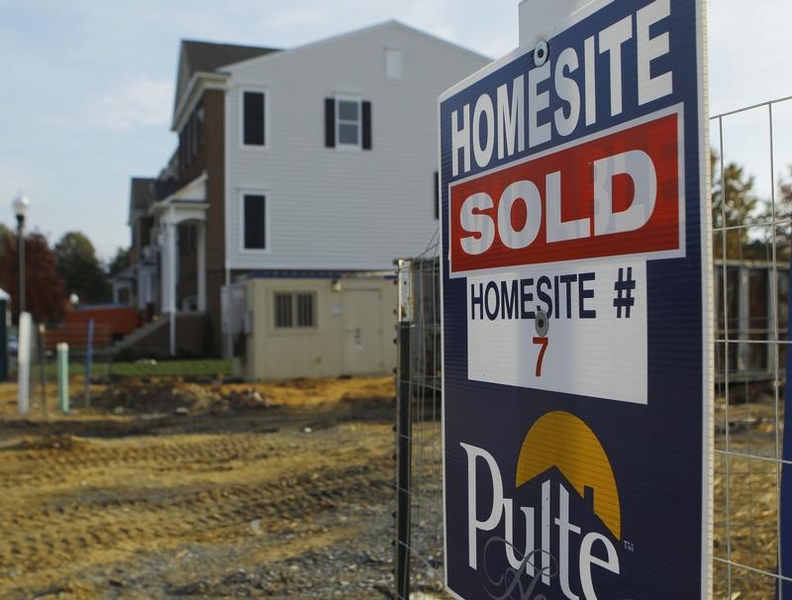 The U.S. housing market is set for another leg up. Increasing household formation, job creation and easing credit look set to give the market a boost, despite rising interest rates and the headwind of sliding affordability.

Prices rebounded surprisingly quickly after the 2008 financial crisis. Since the early 2012 trough, the S&P/Case-Shiller national index has jumped 25 percent, regaining mid-2005 levels. Median American home prices are back above $200,000.

That owed more to shrinking supply than rising demand, however. The still-falling home ownership rate is at 64 percent, near the level seen in the mid-1990s before it took off. Meanwhile, new home sales at about 450,000 a year are running at only half the pace at the peak of the pre-crisis boom.

There’s pent-up demand for homes from new families. Since 2007, household formation has averaged just 600,000 annually, half the 1.2 million that would be consistent with population growth. It’s on pace to hit 850,000 this year, the highest since 2006, but there’s scope for more.

That’s especially true if more Americans aged 18 to 34 find jobs. Their employment-to-population ratio fell to a low 65 percent in mid-2011. But it’s back up to 69 percent, with room to climb before matching the 2007 high of 73 percent. Per capita incomes are also ticking higher in real terms, albeit still modestly.

Home loan availability has increased gradually since 2012 as well, according to the Mortgage Bankers Association. And housing regulators recently announced looser standards for some government-guaranteed loans.

The dangers include the higher interest rates expected from the Federal Reserve sometime in 2015. The Breakingviews Housing Affordability Index showed in June that higher rates could easily outweigh only slowly rising incomes and push affordability down to 2008 levels within a couple of years, and the situation hasn’t changed much since then.

The economy and jobs market look strong enough to win out. A repeat of the housing boom looks thankfully unlikely, but 2015 could still offer the strongest housing market Americans have seen in a while.