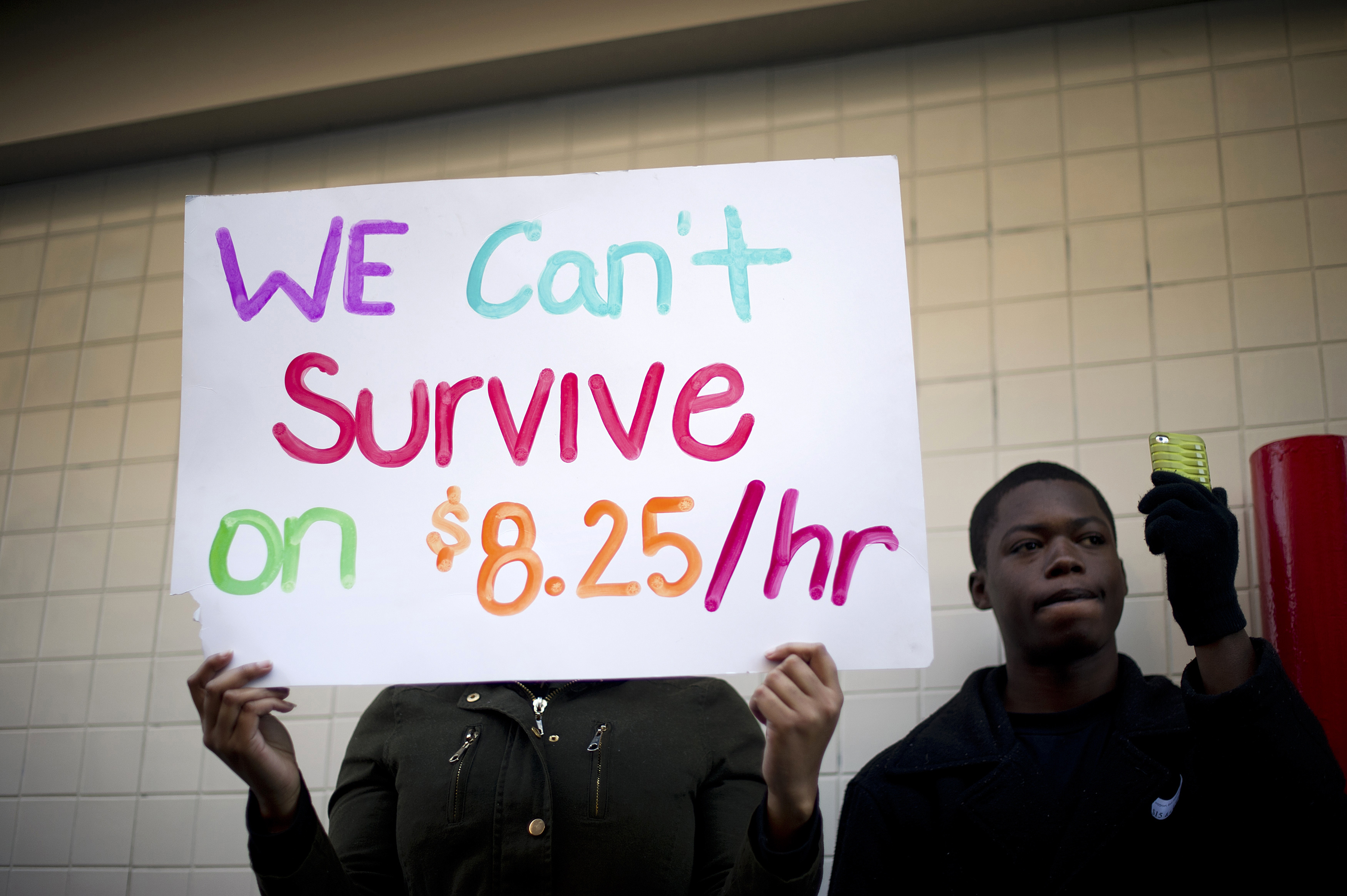 America is a minimum-wage laggard – at least relative to its economic prosperity. With Washington considering a higher pay floor and Peru’s prime minister losing his job over the issue, a Breakingviews analysis shows that minimum wages as a percentage of local income levels are still low in the United States and, for instance, in neighboring Mexico.

Most decent-sized economies feature minimum wages, though Germany, Scandinavian countries and South Africa are notable exceptions. Legal pay floors vary widely compared to per-capita GDP in 2012, as measured by the World Bank – outliers aside, from around 20 percent of output per head to 60 percent. Some places, like China and the Philippines, also have different pay rules for wealthy urban regions and poorer hinterlands.

A minimum wage to average prosperity ratio – call it a MAP score – at a very high 80 percent or more of reported GDP per head occurs in Nigeria and Pakistan, where the informal economy is large and official figures may be understated. More credibly generous regimes arise in New Zealand, with a MAP score of 60 percent, and some European countries. That’s consistent with the idea that higher wage floors are more sustainable where incomes are already relatively equal and the minimum pay level affects only a tiny proportion of employees.

In Peru, by contrast, an unequal society means a hike in the minimum wage could cost jobs and damage the economy. Its leaders probably need to resist raising a MAP score that’s already at 47 percent toward the lofty heights of their distant neighbors across the Pacific. That may help explain the fight that just brought the resignation of former Prime Minister Cesar Villanueva, who wanted higher minimum wages.

Generally, MAP scores don’t seem to be related to the actual level of prosperity. That’s perhaps especially clear for the United States, where annual output that’s near the top of the range at $52,000 per person accompanies a federal minimum wage that’s only 28 percent as large.

Mexico stands out with the lowest MAP score of the 31 countries considered, at 12 percent. That’s far below the scores for Brazil and Colombia, with similar income distributions, suggesting room for an increase. As for the United States, even President Barack Obama’s desired minimum-wage raise to $10.10 an hour from $7.25 would only lift the U.S. MAP score to 39 percent of GDP – still below average. On this metric at least, Obama’s increase looks modest.

Cesar Villanueva, Peru’s prime minister, resigned on Feb. 24 after his proposal to increase the minimum wage was turned down.

Protesters calling for higher wages for fast-food workers stand outside a McDonald's restaurant in Oakland, California December 5, 2013. The group, which numbered about 200, shut down the store for more than half an hour as part of a daylong nationwide strike demanding a $15 dollar minimum wage. REUTERS/Noah Berger

Cesar Villanueva, Peru’s prime minister, resigned on Feb. 24 after his proposal to increase the minimum wage was turned down.