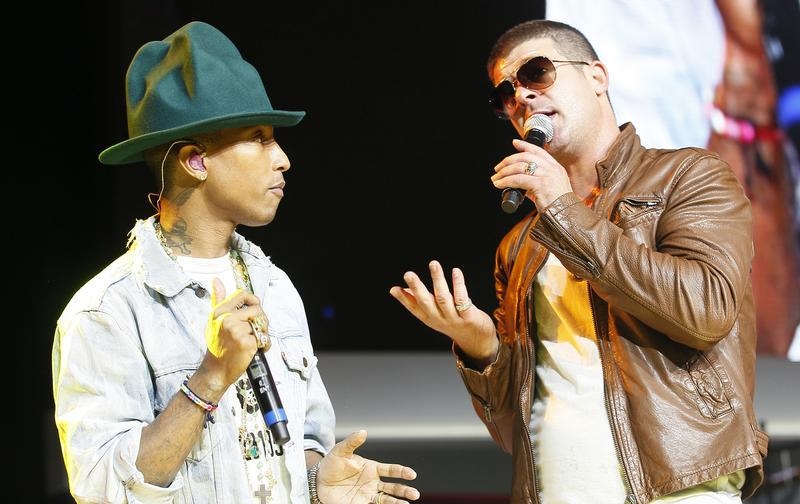 A $7.4 mln court verdict against pop artists Robin Thicke and Pharrell Williams makes songwriting a risky job. Their hit and the late star’s “Got to Give it Up” share a style, but the melodies and rhythm differ. Copyright law’s own blurred lines on plagiarism need a rewrite.

The family of the late Motown star Marvin Gaye on March 10 won a $7.4 million judgment against pop artists Robin Thicke and Pharrell Williams, whom a federal jury found had copied Gaye’s 1977 song “Got to Give it Up” in creating their 2013 hit “Blurred Lines.”

The U.S. District Court jury in Los Angeles awarded Gaye’s heirs $4 million in damages and $3.4 million in profit that Thicke and Williams allegedly earned from their copyright infringement.

The rapper T.I. and several music companies were cleared of any violations.