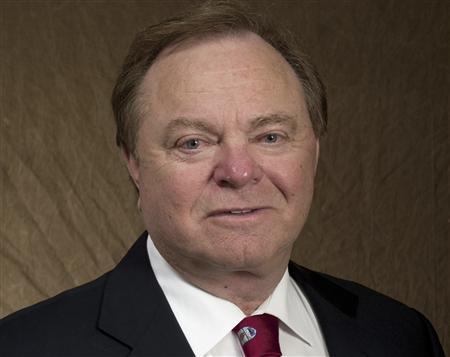 American oil billionaire Harold Hamm’s impending divorce is not simply a private affair. Investors swiftly stripped half a billion dollars from the market value of Continental Resources on Thursday following news that founder and 68 percent owner Hamm and his wife are splitting. That may not do the threat justice. Any division of the tycoon’s $11 billion fortune leaves Continental exposed to hefty stock sales or a feud at the top.

Business leaders, even prominent ones, normally escape the scrutiny of their private lives that is reserved for politicians or celebrities. Hamm is an exception. That’s not because he dabbled in politics, as Republican presidential candidate Mitt Romney’s energy adviser. Rather, it is because of his stranglehold over the oil company he took public in June 2007. Since then, Continental has surged fivefold in value, making Hamm one of America’s richest men. It has also given minority holders in the $16 billion driller a legitimate interest in his personal affairs.

The divorce settlement is set to be a whopper. Sue Ann Hamm, who married Harold 25 years ago, is a corporate lawyer who held top executive posts at Continental and can make a plausible claim to have contributed very directly to her husband’s success. A lengthy court battle creates uncertainties.

Continental seems to have avoided many of the governance issues that plague the oil patch. But Sue Ann is likely to be aware of any lapses. If the Oklahoma courts award her a big chunk of her husband’s Continental stake, the result would most likely be an overhang of stock as she winds down her holding.

Worse still, the company could be left with two large stakeholders at loggerheads. That could be far more damaging than the pinprick investors have so far inflicted on Continental’s share price. Shares in Rupert Murdoch’s News Corp, for instance, dipped about 10 percent in the week after his separation from his second wife Anna was revealed in April 1998 and again a few months later after divorce proceedings began.

Any pain for Continental’s existing shareholders would create winners too. The company’s small free float has made it harder for outsiders to get a taste of the fast-growing business at a reasonable price. A bigger fall in the stock price and a larger float would provide that opportunity. In the meantime, investors would be wise to follow the courtroom drama almost as closely as Continental’s financial releases.

Continental Resources Chief Executive Harold Hamm is in divorce proceedings that could lead to a record financial settlement and threaten his control of the $17 billion oil company he founded, Reuters reported on March 21.
Sue Ann Hamm, Harold Hamm’s second wife and a longtime executive at Continental, filed for divorce on May 19, 2012, Oklahoma court records show. Documents in the case are sealed. But in a March 7, 2013 filing obtained by Reuters, Sue Ann Hamm alleged that Harold “was having an affair” that she discovered in 2010, prompting her to later file for divorce.
Harold Hamm, 67, ranked as America’s 35th richest person with a net worth of $11.3 billion as of March, according to Forbes.