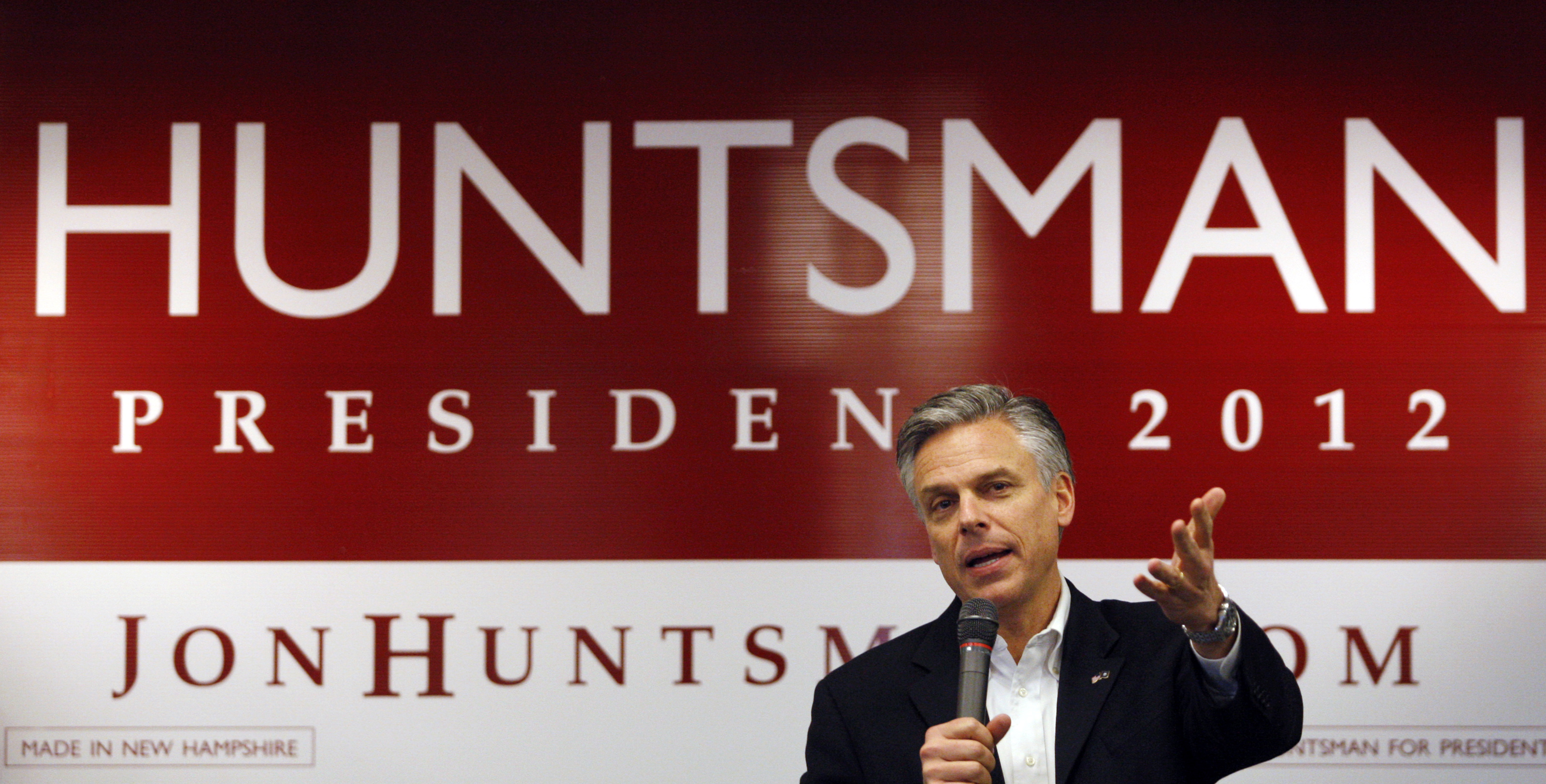 It’s been a while since any leading U.S. politician made lots of noise about breaking up big banks. Surprisingly, it’s coming from one of the Republican presidential contenders: Jon Huntsman. Indeed, it’s one of the few things setting him apart from his party, and even from President Barack Obama. But Huntsman’s financial reform plan would require a fickle Congress to play ball and poses big practical difficulties. Moreover, the Dodd-Frank Act already does the trick.

All of the Republicans traipsing around New Hampshire this week are threatening to repeal that bill, though for varying reasons. The former Utah governor, however, is the only one offering a tangible path for what would follow Dodd-Frank’s repeal – a distinction he has been loudly touting in the Granite State ahead of Tuesday’s primary.

Huntsman wants what would best be described as passive breakups. He would set a cap on the assets any single bank can hold relative to the country’s GDP. Where that threshold would be set would determine which, if any, institutions would actually be forced to splinter. Since Congress would ultimately set that cap, it could make it higher than, say, JPMorgan, which has a $2.3 trillion balance sheet.

Truth is, if Congress wanted to break up the banks, it would have done so by now. In fact, Dodd-Frank already gives regulators some powers to intervene when they deem an institution to be systemically critical. If the so-called living wills they must submit to regulators are seen as unworkable, divestiture is an explicit option in the legislation. Ironically, though, Huntsman would also repeal Dodd-Frank.

While he is right to be concerned that giant financial institutions have only grown larger since the financial crisis, his prescription isn’t necessarily the cure. On both political and practical levels, Dodd-Frank – if its rules are actually applied in the event of a bank’s imminent collapse (admittedly a big if) – covers the too big to fail problem better than his proposal would.

Of course, if polls are any indication, Wall Street needn’t fret too much about Huntsman’s proposal. Obama’s former ambassador to China has about 1 percent of the national Republican vote, according to Gallup’s daily tracker. Unless he has a surprisingly strong showing in New Hampshire on Tuesday, the biggest banks in the land are in no greater danger.

Former Utah Governor Jon Huntsman is the only Republican candidate who favors breaking up big banks. He would do so by setting a cap on total bank assets as a percentage of GDP. Although Huntsman is at the bottom of the pack in national polls, he is trending well in polls for the New Hampshire primary, which will take place on Jan. 10.

Former Utah Governor Jon Huntsman is the only Republican candidate who favors breaking up big banks. He would do so by setting a cap on total bank assets as a percentage of GDP. Although Huntsman is at the bottom of the pack in national polls, he is trending well in polls for the New Hampshire primary, which will take place on Jan. 10.