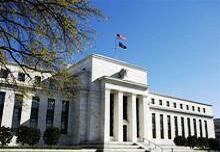 Daniel Tarullo has delivered a hard lesson about the limits of global banking supervision. The Federal Reserve on Feb. 18 confirmed that European lenders will need separate capital for their American operations, which could hike their funding costs and limit their ability to compete. Banking will become less global as a result.

The new rules are a genuine irritant for European banks, and blindsiding the European authorities has put Brussels’ noses out of joint. German, UK and French lenders will face limits on their ability to transfer U.S. capital from New York to buttress weaker parts of their banking empires. Higher funding costs from less efficient balance sheets will hurt Barclays, Credit Suisse, Deutsche Bank and UBS: Deutsche could face as much as a 1 billion euro hit to annual pretax profit, Morgan Stanley reckons.

Yet it could have been worse. Lenders with less than $50 billion in U.S. assets will be exempt – probably exempting Societe Generale and Credit Agricole. Deposits held by HSBC and BNP Paribas in their American retail operations mean that their funding costs won’t rise as much. And non-U.S. banks have been given a year longer to set up a stateside subsidiary, and until 2018 to meet a minimum gross equity-to-assets ratio of 4 percent.

The delay gives banks more time to adapt their structures, and make their U.S. businesses viable. Credit Suisse has already set up a network of subsidiaries, but kept its Zurich headquarters as its main funding arm. Legal confirmation will be required, but the Fed’s rules imply that banks will be able to reallocate capital from other jurisdictions to top up their American units – which could offset the funding pain.

By requiring capital buffers, Tarullo seems to be going against the proposed “single point of entry” method whereby the relevant host regulator has the power to resolve future cross-border banking busts. But it’s becoming increasingly clear that depending on bank head offices in faraway countries for capital to address problems at home isn’t workable. Firewalls may spoil the fun of some investment banks and throw grit in the wheels of global trade, but the bottom line of bank resolutions – that global rules can’t exist without national backstops – has been made helpfully more explicit.

The Federal Reserve confirmed new prudential rules on Feb. 19 that could force foreign banks to hold more capital against their U.S. operations.

The new rules mean large foreign banks with over $50 billion in U.S. non-branch assets will need to set up an intermediate holding company subject to the same capital, risk management and liquidity standards as U.S. banks.

The reforms are similar to proposals from 2012, except the total asset threshold has been raised from $10 billion. Banks will also have until July 1, 2016 to comply. The initial deadline was a year earlier.

A spokeswoman for the European Commission said it welcomed some of the concessions, but disagreed with the rules’ “one-size fits all” treatment of foreign firms, their associated costs and their lack of flexibility.

The EC also deplored the unilateral nature of the rules, adding that they were in conflict with “globally consolidated supervision of large banking groups, under the responsibility of the authorities of the parent.”