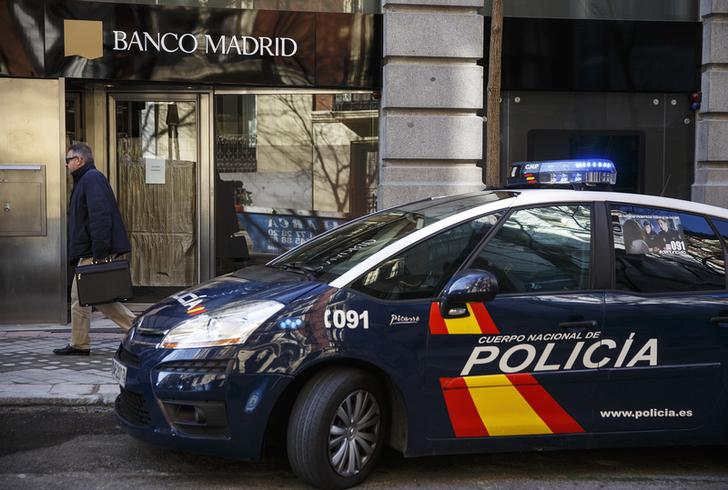 Tiny Banco de Madrid has filed for bankruptcy after the U.S. accused its Andorran parent of money laundering. Spain had actually investigated the issue, but hadn’t sent its report to prosecutors. As such, Madrid has missed a good chance to prove its bank oversight credentials.

A police car is seen parked in front of a Banco Madrid branch with a closed sign on its door in Madrid, March 16, 2015.

Banco de Madrid filed for bankruptcy on March 16, less than a week after its Andorran parent was accused of money laundering by U.S. authorities. The U.S. Financial Crimes Enforcement Network (FinCEN) named Banca Privada d’Andorra (BPA) as a primary laundering concern on March 10. It described BPA as an “easy vehicle” for Chinese and Russian criminal gangs, as well as Venezuelan money laundering. This prompted Andorra to take control of the bank.

A Spanish court on March 17 said it was suspending insolvency proceedings at Banco de Madrid while it waited for guidance from the country’s bank restructuring fund FROB on whether it wanted to wind down or restructure the lender.

The Bank of Spain took over the management of Banco de Madrid last week. The bank filed for insolvency after customers withdrew a significant amount of funds, according to the central bank. The firm focused primarily on private banking. Client deposits of up to 100,000 euros ($105,000) are guaranteed by Spain’s deposit-guarantee fund. Spain’s stock market regulator, CNMV, also suspended redemptions on Banco de Madrid’s mutual funds.

Sepblac, Spain’s money-laundering watchdog, had completed a report on Banco de Madrid at the end of February after 10 months of investigation. It handed over the report to anti-corruption prosecutors on March 13.