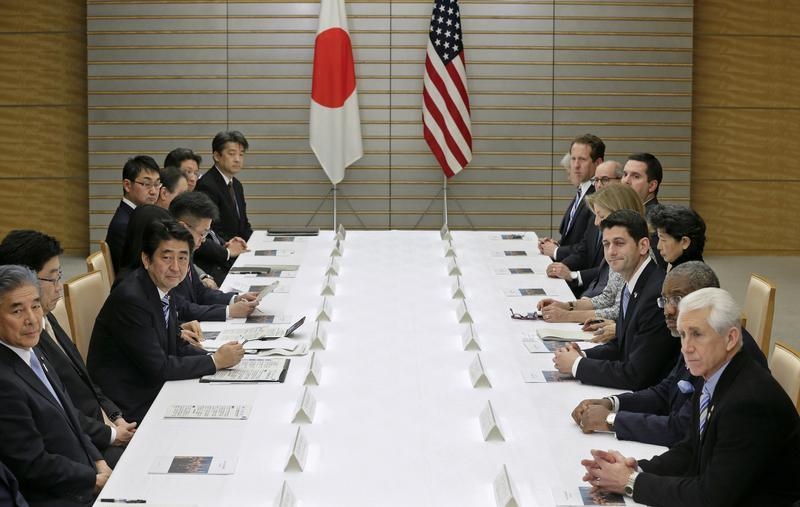 America’s claim to global economic leadership has suffered another blow. After China’s coup in getting 57 countries to join its new Asian infrastructure bank, the United States Senate has delayed a bill that would have given President Barack Obama authority to negotiate a new Pacific trade pact. The damage to American diplomacy is clear, but for the world economy it’s less severe.

For a country which aspires to shape global economic rules, the latest kerfuffle is highly embarrassing. Senators from Obama’s own Democratic Party joined forces to deny the president the power to finalise the 12-nation Trans-Pacific Partnership. Without so-called “fast-track” authority, it will be almost impossible to negotiate an agreement. The Senate, whose Republican majority broadly supports the deal, may yet find a way to give Obama the necessary powers. Even so America’s prospective partners, which range from Japan to Chile, could be forgiven for wondering whether the much-delayed agreement is worth the wait.

The timing couldn’t be worse. It’s only a few months since China scored a diplomatic triumph by persuading several Western countries to defy the United States and join the new Asian Infrastructure Investment Bank. The AIIB is central to Chinese President Xi Jinping’s ambition to strengthen Chinese trade links with Europe, Africa and the rest of Asia. The TPP, which does not include China, is America’s best opportunity to draw some of those countries into its economic orbit.

It helps that China’s goals are more easily attainable. Setting up a new institution whose purpose is still extremely vague is less daunting than negotiating a multilateral trade agreement. The TPP poses a direct threat to powerful groups including American car manufacturers and Japanese rice farmers. By contrast, it’s hard to find anyone who would object to extra investment in Asia’s rickety infrastructure.

However, the economic consequences should not be exaggerated. The benefits of both projects are uncertain. Though the details of the TPP are still a secret, the countries involved have already dismantled many trade barriers. Similarly, China’s poor past record of financing big projects outside its borders raises serious doubts about its ability to mobilise international capital. America’s economic leadership has taken another hit, but the world economy can shrug it off for now.

U.S. Senate Democrats delivered a major blow to President Barack Obama’s trade agenda on Tuesday, blocking debate on a bill that would have smoothed the path for a Pacific trade pact.

The stunning outcome cast doubt on legislation key to the Obama administration’s ability to complete the 12-nation Trans-Pacific Partnership, a central plank of its pivot to Asia.

“What we just saw here is pretty shocking,” said Senate Majority Leader Mitch McConnell, a Republican, after the Senate voted 52-45 - short of the 60 votes needed - to pave the way for debate on “fast-track” trade authority for Obama.

Under fast track, Congress can either approve or reject trade deals negotiated by the administration but not amend deals like the TPP, a potential legacy-defining achievement for Obama.

The failure to garner the necessary votes came after pro-trade Democrats, including Senator Ron Wyden of Oregon, insisted that fast track be bundled together with three other trade bills, including one that would impose import duties on countries that manipulate their currencies for unfair trade advantage.