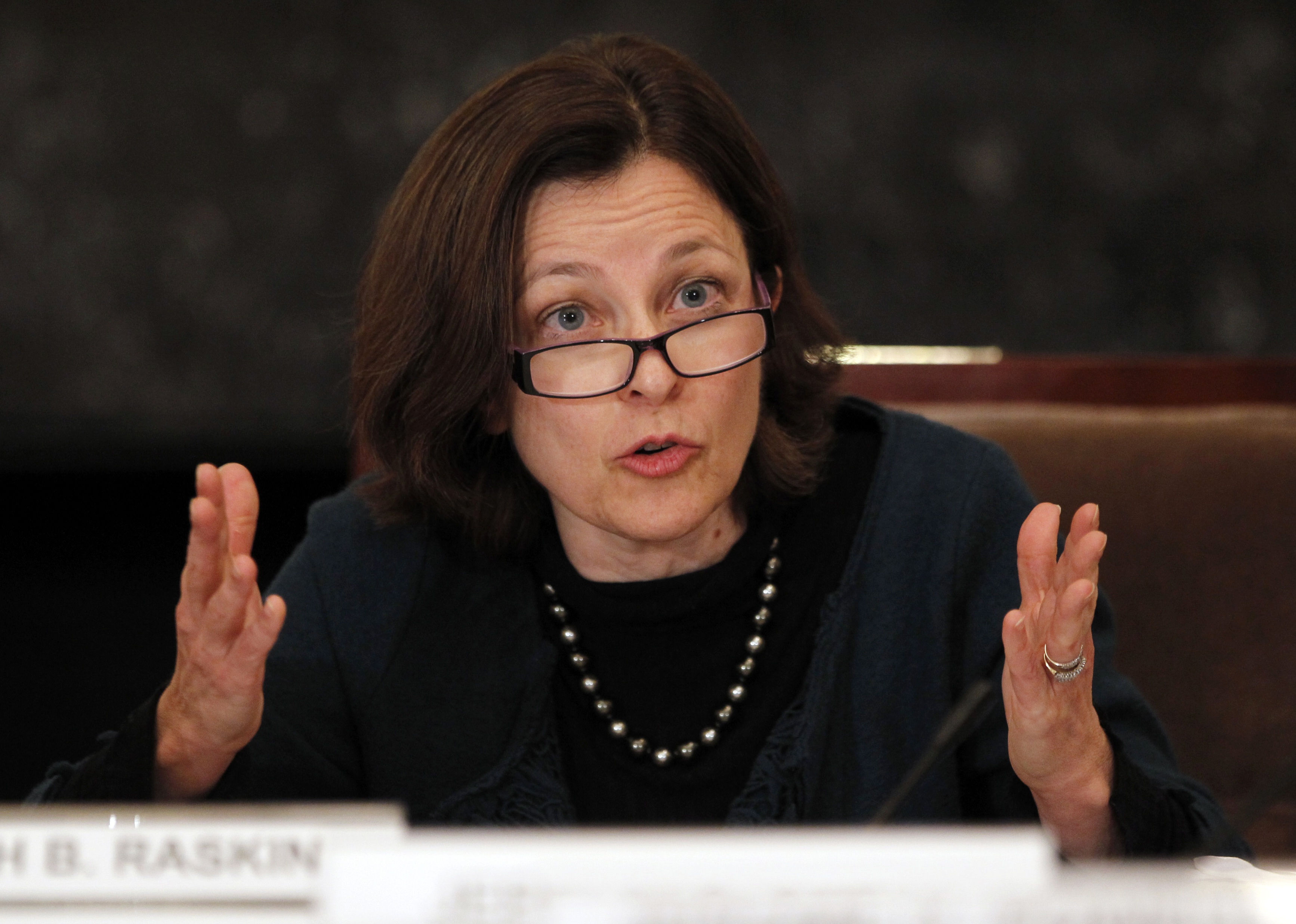 Federal Reserve Governor Sarah Bloom Raskin is set to become Jack Lew’s right hand. Her regulatory chops make up for some of his deficiencies in the area. But her move will widen the gender gap on the central bank’s board just as President Obama is mulling chairman candidates.

Federal Reserve Board of Governors member Sarah Raskin speaks during an open board meeting at the Federal Reserve in Washington December 14, 2012. REUTERS/Kevin Lamarque

U.S. Federal Reserve Governor Sarah Bloom Raskin will be nominated to become the new deputy Treasury secretary, Secretary Jack Lew said on July 30. Prior to joining the Fed in 2010, she was Maryland’s commissioner of financial regulation. Before that, she was a managing director at Promontory Financial Group, a consulting firm that helps firms with regulatory compliance. She also spent time working for the Senate Banking Committee as its banking counsel.
If confirmed, Raskin will become the highest-ranking woman in the Treasury’s history. She replaces Neal Wolin, who will leave the post in August.