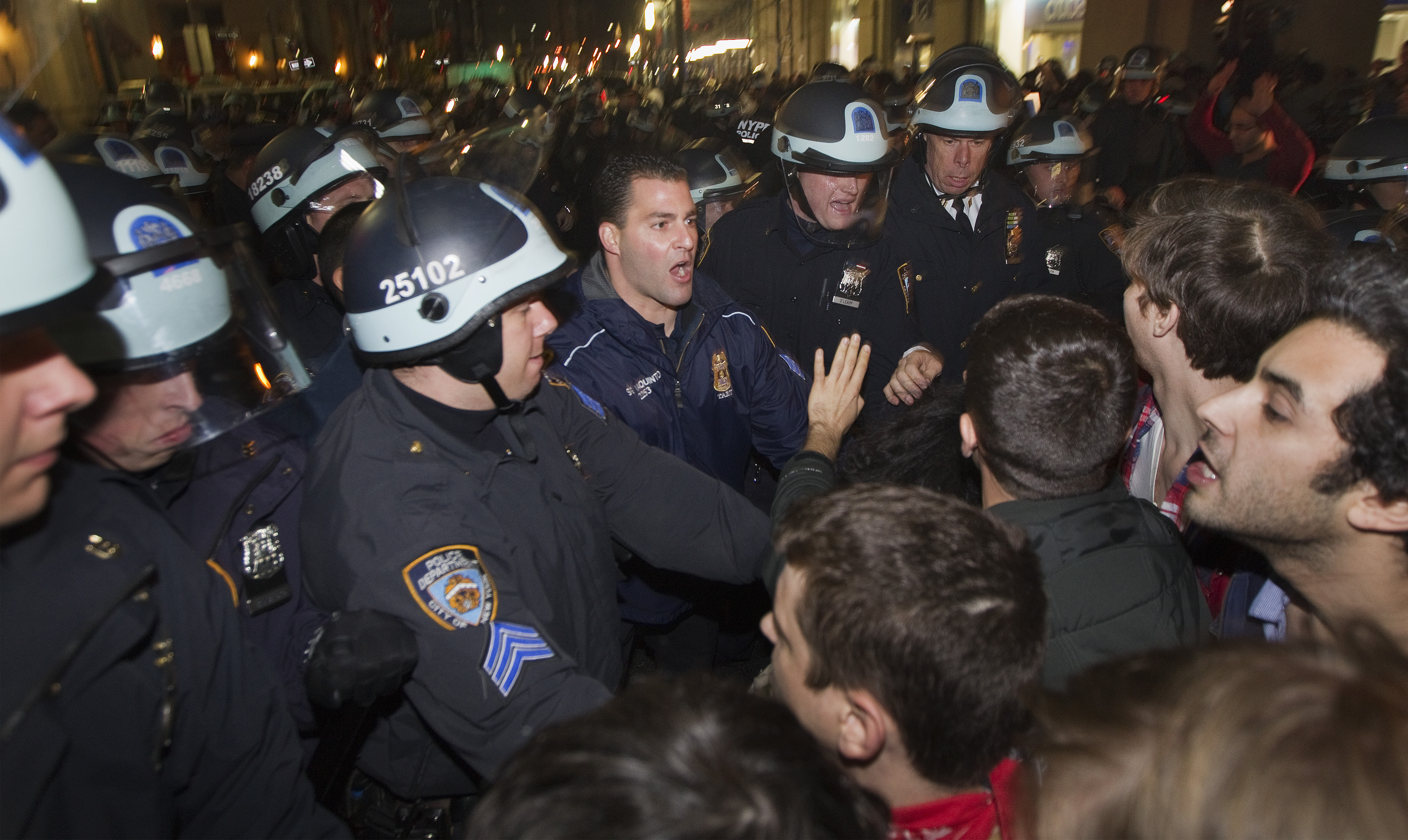 Zuccotti Park has been temporarily returned to its owners. Mayor Bloomberg spoke of sanitation, but the eviction reflects a political calculus, that the protest isn’t gathering steam. While that may be right, the resulting trail of tears up Broadway runs the risk of backfiring.

Police evicted protesters from Zuccotti Park in the early morning of Nov. 15. New York City Mayor Michael Bloomberg said: “Unfortunately, the park was becoming a place where people came not to protest, but rather to break laws, and in some cases, to harm others.” The protesters arrived on Sept. 17. About 200 people had been staying overnight in the park as part of a protest movement. A police spokesman said that about 70 arrests were made in connection with the operation.