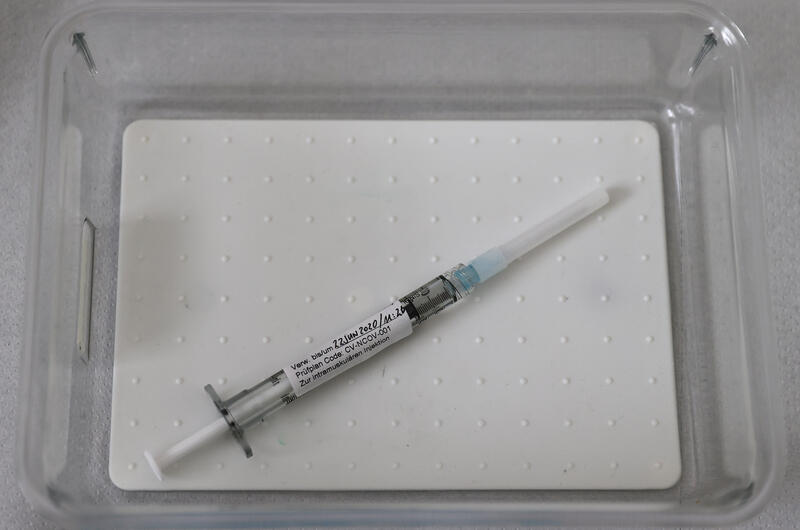 CureVac’s potential coronavirus remedy is coveted by the U.S. president. The German firm’s also a key player in biotech’s hottest unproven technology. And it hopes to float at just $2.7 bln, around 10% of the market value of rival Moderna. That’s plenty to ensure a warm welcome.

A vaccination against the coronavirus disease (COVID-19) from German biotechnology company CureVac is ready to use at the start of a clinical test series in the tropical institute of the university clinic in Tuebingen, Germany, June 22, 2020.

CureVac said on Aug. 10 that it would sell 13.3 million shares at an indicated price range of $14 to $16 per share. At the mid-point of the range, the company would have a market capitalization of $2.7 billion. That assumes underwriters exercise their option to buy 2 million shares at the offer price, and the company separately sells 100 million euros’ worth of stock to majority shareholder Dietmar Hopp.

Hopp, a founder of software firm SAP, will own just under half of all shares following the offering. KfW, a development bank owned by Germany, will own about 17%.

The German company said it would use proceeds to fund its efforts in developing a coronavirus vaccine, as well as advance other potential vaccines and oncology drugs using its messenger RNA (mRNA) technology.

In early March, Germany’s health ministry confirmed a report in the newspaper Welt am Sonntag, which said that U.S. President Donald Trump had offered funds to lure the company to the United States. CureVac replaced Chief Executive Daniel Menichella on March 11. CureVac said in a tweet on March 16 that it had not received any offer from the U.S. government.