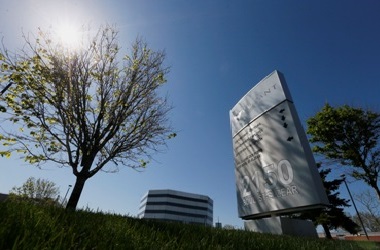 The sweetened $11 billion bid by Valeant Pharmaceuticals for Salix Pharmaceuticals may have scored two knockouts. By stumping up an extra 10 percent from its previous offer, the acquisitive drugmaker now backed by hedge fund boss Bill Ackman put rival suitor Endo International on the mat. The extra cash required, and the debt already on its balance sheet, leave Valeant’s business model looking wobbly.

Its rapidly growing $68 billion empire is built around the concept of buying companies, cutting costs and buffing any resulting profit with an ultra-low tax rate. Valeant and its supporters argue that this way of operating will secure hefty cash flow and future earnings. It hasn’t shown any consistent ability to do it so far, however, as recurring restructuring costs associated with past deals keep chewing up the bottom line.

Easy access to credit has facilitated Valeant’s acquisition habit. It managed to pay down $2 billion of debt over the past year, but the Salix deal will nearly double its outstanding load to about $30 billion. The acquisition means Valeant will now be levered at about six times estimated 2015 EBITDA – if the firm can actually bring in as much cash as analysts expect. That’s far higher than generally considered comfortable for drugmakers. Merck, by contrast, has one-fifth as much net debt with consistently higher margins.

The price paid for Salix is hard to judge. The company admitted last year it had puffed up revenue growth by stuffing distributors with extra drugs. And regulators will decide in May whether to approve its irritable bowel syndrome medicine, which could turn out to be a blockbuster.

In all likelihood, though, Valeant will be back to buying more before it’s clear whether Salix was a bargain or overpriced. The company needs to offset revenue lost to cheap generic competitors, given that it spends minimally to develop new drugs. Frenzied pharma M&A means there are fewer deals, and Valeant’s stock market success has inspired the likes of Endo to copy its strategy. The bidding war for Salix is indicative of how prices are rising. Valeant won the auction, but may have sucker-punched itself in the process.

Valeant Pharmaceuticals said on March 16 it had agreed to an amended deal with target Salix Pharmaceuticals, and would now pay about $11 billion, or $173 a share, to buy its smaller rival. The two companies had agreed in February to a deal at $158 a share.

After news of Valeant’s revised bid, Endo said it would withdraw its offer.

The head offices of Valeant Pharmaceuticals International Inc. are seen in Laval, Quebec, May 20 2014. REUTERS/Christinne Muschi

Valeant Pharmaceuticals said on March 16 it had agreed to an amended deal with target Salix Pharmaceuticals, and would now pay about $11 billion, or $173 a share, to buy its smaller rival. The two companies had agreed in February to a deal at $158 a share.

After news of Valeant’s revised bid, Endo said it would withdraw its offer.