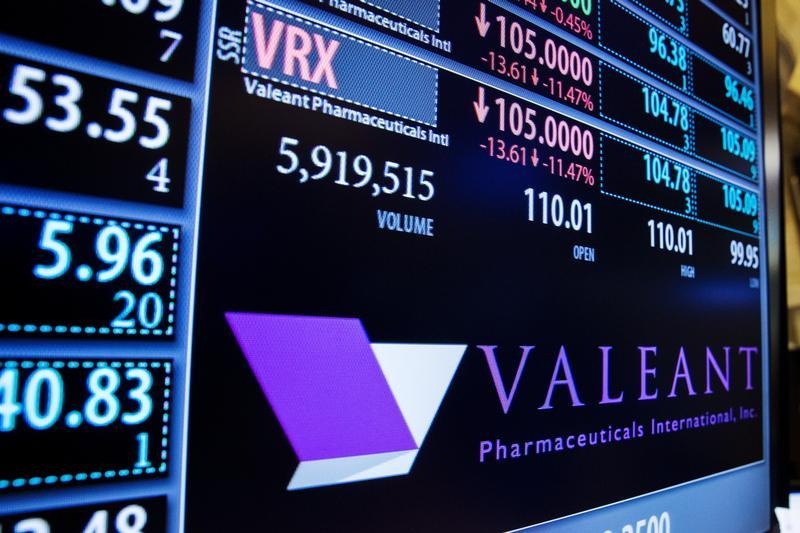 Valeant Pharmaceuticals is running the risk of an Enron or WorldCom endgame. The beleaguered drugmaker has uncovered accounting impropriety, it said on Monday. It is booting Chief Executive Mike Pearson but Howard Schiller, formerly chief financial officer, has refused to quit as a director. The board, the numbers and the strategy are fractured. Add some $30 billion of debt, and Valeant could easily crumble.

Take the company’s organs in turn, starting with the board. Hedge-fund boss Bill Ackman will now join. His Pershing Square Capital Management, which owns about 9 percent of Valeant’s stock, now has two directors. Another activist fund, ValueAct Capital, also has a nominee on the board. Schiller will still be there, too. The company pointed the finger at him for “improper conduct” in Monday’s release. The ex-CFO, though, said in a statement he had done nothing wrong. The mixture looks toxic.

The financial glands aren’t doing much better. The company’s failure to file audited 2015 financial statements on time may put it in default and potentially force it to repay slugs of debt – something it might struggle to do. Raising new cash would be a challenge even without the other clouds hanging over the company now that its market capitalization has tumbled to a level that’s less than a third of its debt load.

The company’s latest update also criticized “the tone at the top of the organization” as a contributing factor, presumably referring to Pearson. And 2014 numbers are in question, too. It takes a leap of faith to believe that further problems won’t emerge and that the figures can be corrected and cleared by auditor PricewaterhouseCoopers in short order. Even figuring out which Valeant executives should sign off may be difficult.

Then there’s the company’s strategic brain. Its indebtedness stems from the serial acquisition of sometimes mediocre assets at inflated prices, partly in a quest by senior executives to achieve aggressive targets – at any cost, it now seems. If anything, Valeant will have to become a seller of assets to reduce debt. The famous collapses of Enron and WorldCom involved similar multiple organ failures exacerbated by heavy borrowing. To be clear, Valeant so far hasn’t been charged with fraud. Even so, it’s in a fight for survival.

Valeant said on March 21 that it will replace Chief Executive Michael Pearson, who will remain as CEO until a replacement is found.

The board said it had asked Howard Schiller, ex-chief financial officer and former interim CEO, to resign as a director, but he has not done so.

Bill Ackman, whose hedge fund Pershing Square Capital Management owns about 9 percent of Valeant’s stock, will join the board.

Valeant said in a filing: “The improper conduct of the company’s former chief financial officer and former corporate controller … contributed to the misstatement of results.”