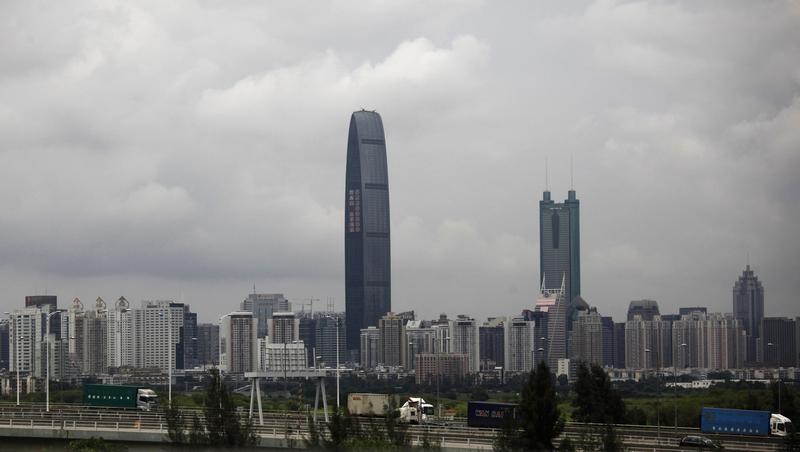 China Vanke has found a saviour. After months of uncertainty, the property developer has unveiled a plan to sell a stake to Shenzhen’s metro operator in return for assets worth up to $9.2 billion. The deal would help Vanke see off a possible hostile bid. However, shareholders are not yet able to determine whether they are being rescued by a white knight or swallowing a poison pill.

To recap, Vanke has been trying to fend off the unwanted attentions of Baoneng since the unlisted Chinese group became its largest shareholder last year. Chairman Wang Shi publicly questioned Baoneng’s credibility and motives. In December, Vanke suspended trading in its own shares pending the outcome of a “material asset restructuring”.

Now, finally, the outline of that rejig is beginning to take shape. Vanke will buy stakes in property projects above Shenzhen subway stations, and pay for them by issuing new shares to the city’s metro operator.

The proposed interchange looks strategically sound. MTR Corp, which runs the underground in neighbouring Hong Kong, regularly teams up with developers to exploit property around subway stops. Shenzhen’s metro is expected to expand to 371 stations – almost three times the current number – by 2030, according to analysts at Credit Suisse.

Even so, Vanke’s main motivation seems to be to install a friendly shareholder while diluting Baoneng, which owns more than 20 percent of the company. The assets it proposes to purchase could be worth anywhere between 40 billion and 60 billion yuan ($6.2 billion to $9.2 billion). This is important as Shenzhen property prices have risen almost 50 percent in the past year.

It’s also unclear how Vanke will value the equity it issues. Its Hong Kong-listed shares jumped 12 percent on news of the deal, but are still at a discount to the last traded price of Vanke’s Shenzhen-listed stock, which remains suspended.

Depending on the size of the deal and the price, Shenzhen Metro could own between 13 percent and 26 percent of Vanke, according to Breakingviews calculations. The two sides have a year to complete the transaction. Though Vanke may welcome the rescue, it’s much too early for shareholders to celebrate.

Container trucks cross a bridge in front of the 100-floor Kingkey 100, the tallest building in downtown Shenzhen.

China Vanke has entered into a memorandum of understanding for possible transactions with Shenzhen Metro Group, the Chinese property developer announced on March 13.

The deal under discussion would see Vanke buy a stake in property assets above various subway stations with a value of between 40 billion and 60 billion yuan ($6.2 billion and $9.2 billion).

Vanke said it would pay for the assets mainly through the issue of new shares to Shenzhen Metro, with the balance settled in cash. After the transaction, the metro operator would become Vanke’s “long-term important shareholder”, the company said. The two companies have until March 2017 to complete the deal.

Vanke’s Hong Kong-listed shares rose 12 percent to HK$20.45 by midday on March 14. The company’s shares listed in Shenzhen have been suspended since mid-December.