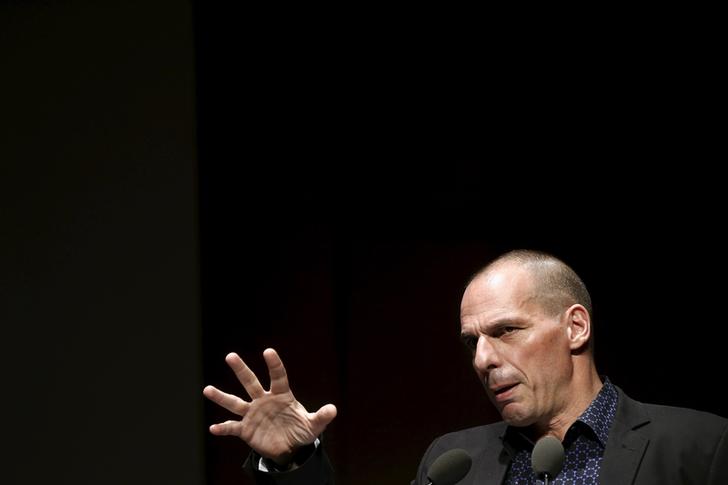 Scapegoat isn’t a Greek word. But it is a concept with which the debt-stricken country is familiar. Pharmakoi, as the victims were called, were once cast out to atone for the sins of the community. Former Greek finance chief Yanis Varoufakis, who has given an alarming account of plans to hack state computer systems, might be a modern day version.

A few days after his resignation on July 6, Varoufakis told investors of plans to purloin individuals’ tax data to set up a parallel payment system, should Greece begin an exit from the euro zone. The story confirms Varoufakis as some mix of genius and yob.

It also gives Prime Minister Alexis Tsipras an opportunity to distance himself from Varoufakis’ methods and ideas. That might be just what Greece and the euro zone need.

Tsipras might take inspiration from China, which has long recognised the value of a strategic purge. The trial of former security chief Zhou Yongkang this year on graft charges initially seemed to presage factional infighting in the ruling Communist Party. However, tales of Zhou’s excesses helped identify him as one of history’s losers. His support evaporated and the party’s hold on power was left looking even stronger.

Varoufakis did not suffer Chinese-style ritual shaming and prosecution. He says Tsipras offered him another ministry, which he declined. He retains support among Syriza’s hard-left, and unlike the ancient pharmakoi, his punishment is unlikely to include being struck on the phallus with fig branches.

However, he still makes an excellent scapegoat. The country’s creditors may believe that his political exile, which the latest revelations will only reinforce, has removed the most toxic element of the Greek government. And Tsipras’ anti-austerity allies will recognise that there is a high price to pay for opposing the government’s new, more compromising line.

Of course, Greece’s problems remain grave, but the fevered talk of imminent Greek exit from the euro zone has died down. Both creditors and investors seem to recognise a political catharsis. Rogue elements in the system create discord. Expelled from it, they can create unity.

Greek Finance Minister Yanis Varoufakis delivers a speech during an economic conference in Athens, Greece May 19, 2015.

Former Greek finance chief Yanis Varoufakis confirmed on July 27 that he had made secret preparations to hack into citizens’ tax codes to create a parallel payment system. The unrealised plan was part of a wider strategy for dealing with a possible Greek exit from the euro zone.

In a conference call with London-based OMFIF think tank, recorded on July 16, Varoufakis outlined a plan to use data hacked from Greece’s tax system with the help of his childhood friend, a professor at Columbia University. He also accused German Finance Minister Wolfgang Schaeuble of being “bent on effecting a Grexit” - forcing Athens to leave the currency area.

The central committee of Greek ruling party Syriza was set to meet on July 30 to decide whether to hold an emergency congress in September. Three members of the 11 officials on Syriza’s political committee demanded on July 28 that the government break off discussions with its creditors.

A European Commission spokesperson said that Varoufakis’ claims that the troika of Greece’s creditors – the International Monetary Fund, European Central Bank and European Commission – had controlled the secretariat general of public revenue were “false and unfounded”.