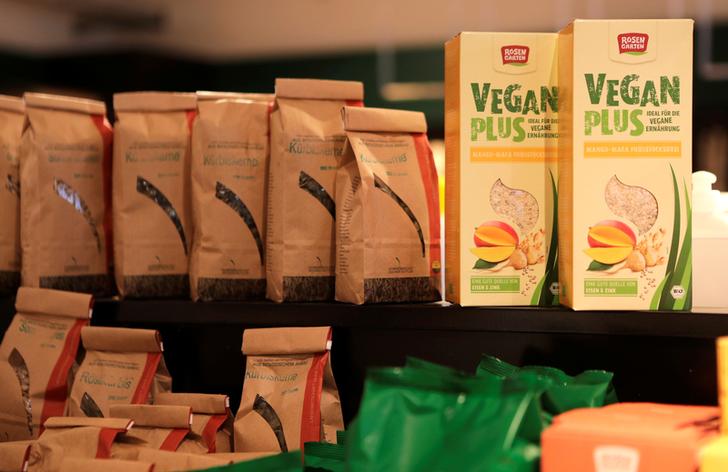 Vegan businesses could be headed for leaner times. Meat substitutes are currently enjoying a spectacular boom driven by changes in tastes and problems in meat providers’ supply chains. It may not last.

Meat giants are currently the ones up against it. Cramped slaughterhouses create optimum conditions for the rapid spread of Covid-19. The $21 billion U.S. giant Tyson Foods had to shutter factories in Iowa while in Ireland 10 meat manufacturers had employees test positive. Closures have followed. Tyson’s share price has fallen 35% since the beginning of the year, compared to an 8% fall in the S&P 500.

Veganism is looking much healthier. Automated factories have been able to churn out tofu and chickpea burgers. Sales of meat substitutes soared over 200% in the week ending May 16 year-on-year according to Nielsen, while companies like Beyond Meat are luring record investment. Beyond Meat’s share price is up 77% since January.

Yet this pecking order may invert. Although shuttered factories have dented meat supply, Tyson has vowed to swallow these extra costs to “keep beef on family tables”. The company cut prices on ground beef by as much as 30%.

Meanwhile, vegan companies were struggling with increasing costs even before the pandemic. That’s partly due to rising prices of ingredients like pea protein and lentils. Their production processes are also yet to be big enough to benefit from economies of scale.

The looming global recession will therefore provide an acid test. The vegan sector relies on ethically minded urban dwellers to pay over $6 for two lentil “no bull” burgers when a meat alternative is around a third of the price. Around 40% of people earning over $100,000 buy plant proteins and that percentage declines as incomes fall, data provider IRI reckons. A global downturn will see fewer big earners.

In the UK and United States, two of the biggest vegan markets, unemployment has soared into double digits and jobless claims are up 70% respectively. Vegan businesses could struggle when consumers realise cutting out pricey foods makes for a healthier bank balance.

United States sales of plant-based meat alternatives rose 206% year-on-year in the week ending May 16, according to consumer data provider Nielsen.

Tyson Foods said on May 13 it would offer discounts of between 20% and 30% on some meat products for the remainder of the week.

United States sales of plant-based meat alternatives rose 206% year-on-year in the week ending May 16, according to consumer data provider Nielsen.

Tyson Foods said on May 13 it would offer discounts of between 20% and 30% on some meat products for the remainder of the week.