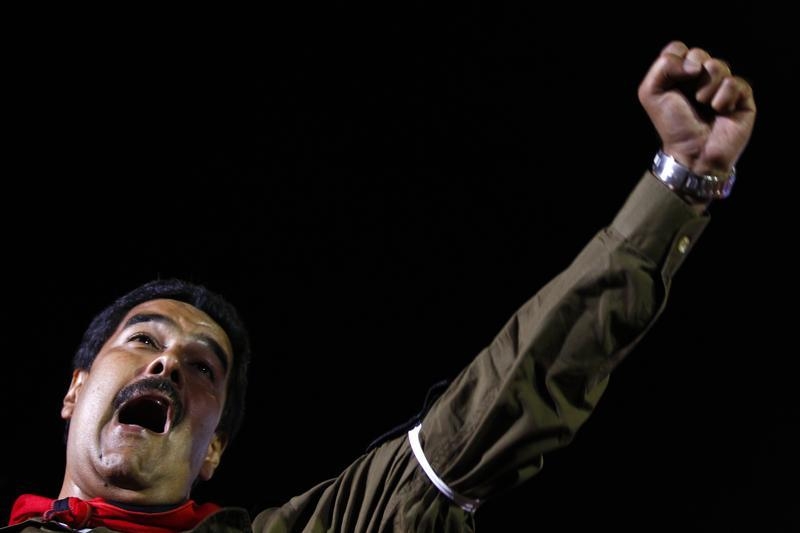 President Nicolas Maduro is touting the misleading investment sum from Russia’s oil giant. Though U.S. sanctions have boosted his popularity, he can’t escape high inflation, low reserves and power shortages. A further run-up in crude prices may be one of the country’s last hopes.

Venezuela and Russia’s top oil producer, Rosneft, have agreed on around $14 billion in investment in the South American OPEC country’s oil and gas sector, President Nicolas Maduro said on May 27.

Rosneft said though that the $14 billion was the total amount of investments of the company in Venezuela during the lifespan of current and future projects. It already invested $1.8 billion in 2010-2014, and it sees its own oil production in the country rising to 8 million tonnes per year (160,000 barrels per day) by 2019 from 1.6 million tonnes in 2014. State oil company PDVSA and the Venezuelan Oil Ministry did not immediately respond to requests for details.