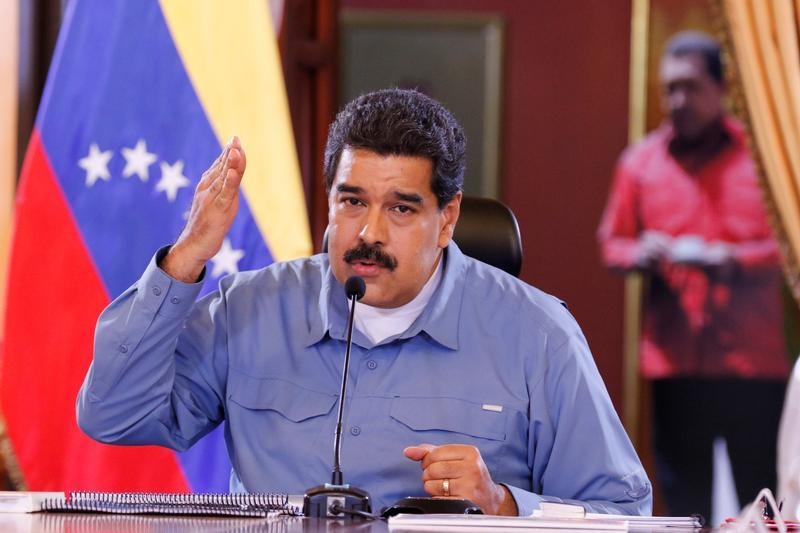 Venezuela's President Nicolas Maduro speaks during a Council of Ministers meeting at Miraflores Palace in Caracas, Venezuela July 11, 2016. Miraflores Palace/Handout via REUTERS ATTENTION EDITORS - THIS PICTURE WAS PROVIDED BY A THIRD PARTY. EDITORIAL USE ONLY. - RTSHH2Y

The Venezuelan government said on July 12 that the armed forces would coordinate distribution of food, medicine, personal hygiene items and home-clearing products, in a bid to deal with severe shortages. The government announced on July 11 that it was taking over and re-activating a plant that U.S. personal-care products maker Kimberly-Clark had halted due to the nation's economic crisis. In March, the government said neighborhood committees linked to the ruling Socialist Party would take on responsibility for distributing basic foodstuffs.

President Nicolas Maduro said on July 11 that Citibank planned to shut his government's foreign-currency accounts within a month, denouncing the move by one of its main foreign financial intermediaries as part of a "blockade." Citibank, a unit of Citigroup, said it had "decided to discontinue correspondent banking and the servicing of certain accounts in the country" following a risk-management review.

In May the Venezuelan bottler of Coca-Cola halted production of the beverage due to a lack of sugar.