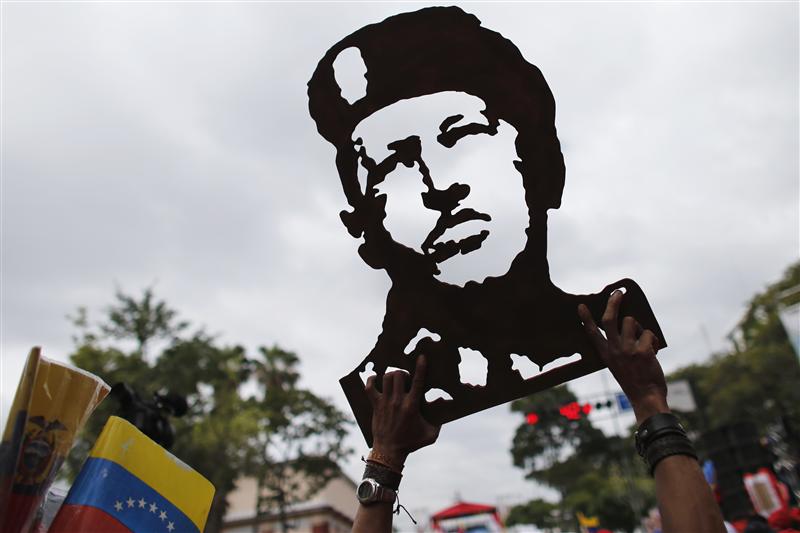 The political folly in Venezuela is a cue for investors. Allies of ailing President Hugo Chavez seem to be taking even greater liberties interpreting the constitution than expected. There’s no inauguration, caretaker government or sign of a new election. If markets truly hate uncertainty, then animus toward Venezuela should be off the charts.

Just how sick Chavez is remains a mystery to most, though it’s obviously bad enough that he couldn’t get home from Cuba to be sworn in on Thursday. Venezuela’s government has coasted by with a series of cryptic messages about the recently re-elected president’s recovery from Dec. 11 cancer surgery.

For now, it’s easier to say what probably won’t happen than what will. A pro-Chavez congress and high court have shrugged off their obligation to form a medical panel to determine Chavez’s ability to rule. This means he won’t be deemed unfit to hold office any time soon, a needed precondition for the head of congress to usher in a caretaker regime. It also postpones – maybe indefinitely – a fresh national vote.

Time appears to be on the side of the Chavistas. A decision by lawmakers to grant the president an open-ended medical leave keeps his seat open as he fights to recover. It also provides his anointed successor, Vice President Nicolas Maduro, more exposure ahead of any eventual new election. Meanwhile, the opposition is weak after both national and regional losses at two different polls in the last three months.

The economy also isn’t likely to turn opinion against the government. Venezuela’s GDP grew by 5.5 percent last year and oil revenue continues to replenish Chavista-controlled coffers. An overvalued exchange rate is still a worry, but the incumbent team knows how to match partial devaluations with heavy spending to stay popular.

The new highs for Venezuela’s bonds almost certainly speak more to excess cash in need of a home somewhere in Latin America than confidence about post-Chavez reforms. Even so, it defies the old saying about investors despising ambiguity. They seem to love it in Venezuela, though may come to regret it when it becomes clearer that with or without Chavez, his market-unfriendly policies will live on.

A supporter of Venezuelan President Hugo Chavez holds up a wooden handicraft carving of Chavez's face during a gathering outside Miraflores Palace in Caracas January 10, 2013. Chavez remained on his sickbed in Cuba on Thursday while supporters rally in his honour on the day he should have been sworn in for a new six-year term in the South American OPEC nation. The postponement of the inauguration, a first in Venezuelan history, has laid bare the gravity of Chavez's condition after complications from a fourth cancer operation in his pelvic area. REUTERS/Jorge Silva

Venezuelan President Hugo Chavez missed the Jan. 10 swearing-in ceremony of his third six-year term as he recovers in Cuba from a Dec. 11 operation related to an undisclosed form of cancer.
The country’s top court ruled on Jan. 9 that the president can be sworn in at a future date, time and place to be determined, but meanwhile his government remains legal and in place. Supreme Court judges also dismissed any need for a medical committee to determine the health of president, a needed first step for the congress to declare him unfit to rule.
The president’s allies, who control Congress, have passed a motion to give Chavez an extended leave outside the country to undergo cancer treatment.