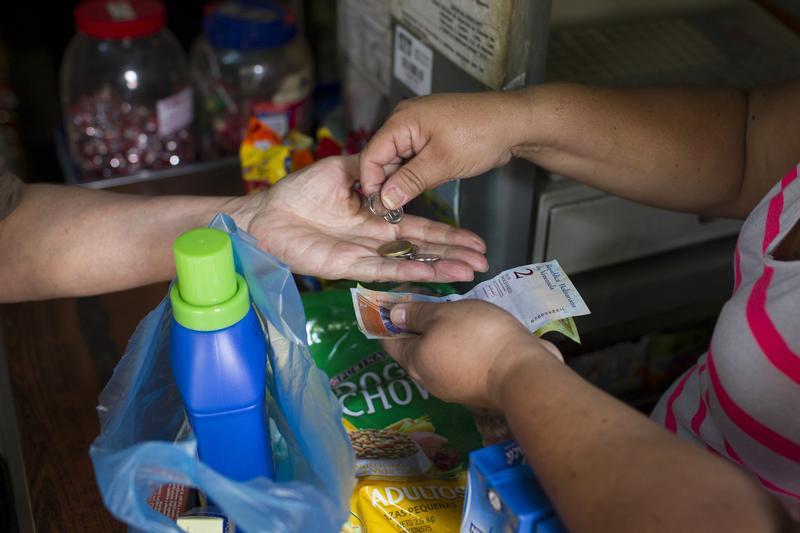 Venezuela’s new attempt at capital controls will function about as well as the last one the Latin American nation adopted three decades ago. In other words, they won’t work. Two-tier exchange rates are frequently used to limit imports. History, however, suggests that foreign exchange systems like Venezuela’s newest, with three or more tiers, tend to foster rent-seeking behavior, corruption and create economic costs before falling apart.

Venezuela devalued the bolivar by 32 percent last month, and has limited dollar sales, resulting in the black market rate declining to 23.50 bolivars for every $1, compared to the official exchange rate of 6.30. On March 19, Venezuela’s acting president and central bank governor announced that the central bank would now auction additional dollars to domestic purchasers of essential goods such as medicine, at rates below the official 6.30. In the short term, with an election due on April 14, this may produce a recovery in the black market rate and lower inflation, which is partly driven by prices of unofficial imports.

Restrictions on foreign exchange purchases, producing an official exchange rate and a black market rate, are frequently used by governments wishing to reduce imports and dampen rising prices for goods and services at home. Economic theory suggests they are suboptimal but if combined with careful macroeconomic management they can last for many years and can accompany stability and growth.

Many-tiered exchange rate systems, such as Venezuela’s newest, are more problematic. Iran currently operates one, not an encouraging example, and the centrally planned COMECON economies also sometimes used them. Juan Peron’s Argentina in 1949 employed six exchange rates, preferential A, preferential B, special, basic, auction and the black market rate – there was a spread of about 2.5 to 1 between the different rates.

In Latin America, multi-tier exchange rates were used during the 1980s crisis by both Mexico and Venezuela. In both cases, rent-seeking through arbitrage between different rates became rampant, as did corruption among the government officials administering the system. Inflation rose, output declined, and the exchange rate policies were replaced – in Mexico by a two-tier system, in Venezuela by the free market.

Venezuela’s previous unhappy experience with multi-tier exchange rates ended only 24 years ago; its officials must have short memories.

A customer receives his change back from a cashier at a supermarket in Caracas February 14, 2013. President Hugo Chavez's finance minister lashed critics of last week's controversial Venezuela currency devaluation as "cretins" on Wednesday and chided Venezuelans for behaving like "nymphomaniacs" towards the U.S. dollar. REUTERS/Carlos Garcia Rawlins

Venezuela announced on March 19 that it would provide more dollars to importers through a new foreign exchange system, which would provide for official sales of bolivars to importers of essential goods such as medicine at a rate higher than the official rate of 6.3 bolivars per dollar, but below the black market rate, currently 23.5 bolivars per dollar. Venezuela had devalued its official bolivar exchange rate by 32 percent in February.

Iran has since July 2012 operated a three-tiered exchange rate system, with foreign exchange for “basic goods” being sold at a lower rate than for “capital and intermediate goods” while a free market rate is used for “luxury goods.”

Mexico in 1982-1985 operated a three-tier market, with a controlled rate, a “special” rate and a “free” rate operated by the central bank; there was in addition a black market.

By a decree of Feb. 28, 1983, Venezuela established an exchange rate system of three official tiers plus the black market, with rates at 4.30 to the dollar for imports of the bulk of goods and services and debt payments, 6.00 for nonessential goods and services, 9.00 for currency auctions by the central bank, plus the black market, with a new organization RECADI managing the system. It was abandoned in 1989.