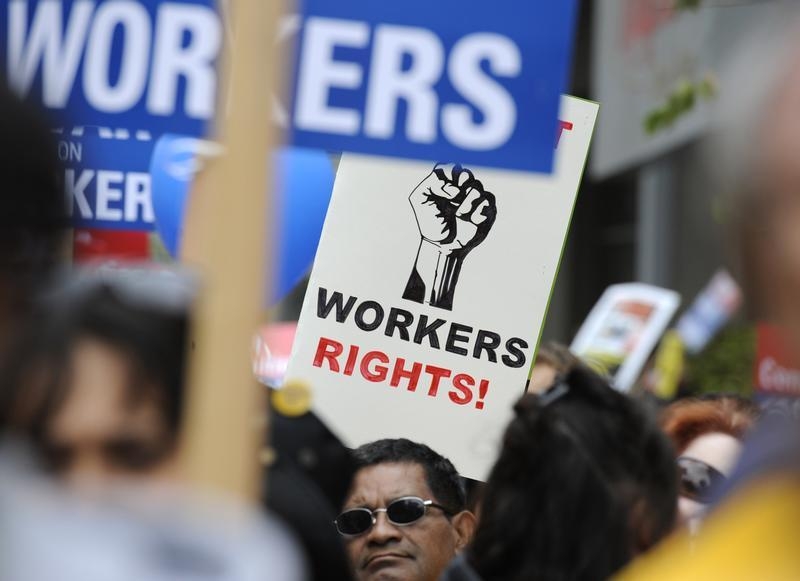 The telecom company’s staff walked out in one of the largest U.S. strikes in years after contract talks stalled. Add a Supreme Court win, minimum wage hikes and a big role in presidential races, and organized labor may have a bright future. But there’s lots of ground to make up.

Some 40,000 Verizon Communications workers on April 13 walked off the job because of disagreements about planned cuts in healthcare and pension-related benefits over the next three years.

The strike called by the Communications Workers of America and the International Brotherhood of Electrical Workers involves customer-services representatives, network technicians in landline-telephone operations and employees in similar jobs. They have been without a contract since their old one expired in August and have been negotiating with the company since June.

The strike could affect service in Verizon’s Fios Internet, telephone and television-services businesses across several U.S. East Coast states, including New York, Massachusetts and Virginia. The walkout does not extend to the wireless operation.