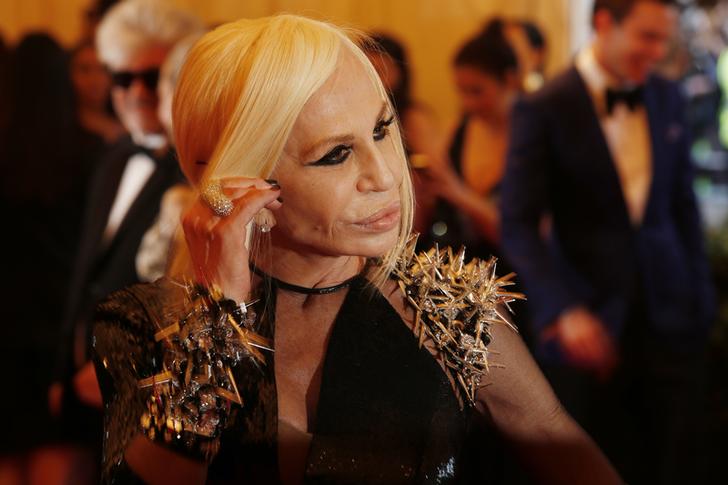 Versace’s valuation looks as full-on as its outfits. The Italian fashion house, which is sizing up buyout firms and sovereign wealth outfits to fund a capital increase, reckons it is worth more than 1 billion euros ($1.36 billion) and could triple in value in three years. There is real potential, because Versace is so behind industry trends. But a big price tag for a skimpy minority stake next to a powerful family? That’s a hard look to pull off.

It has been a nasty few years for the influential label. After founder Gianni Versace was shot dead in 1997, control passed to his niece Allegra, sister Donatella and brother Santo. Some years later the business found itself unprepared for the financial crisis, and was forced to jettison ill-fitting business lines and stores. How galling to be eclipsed by Prada, a house as restrained as Versace is over-the-top – until you clock Prada’s $25 billion market capitalisation.

Still, the route ahead is clear. Chief Executive Gian Giacomo Ferraris, the well-regarded former Jil Sander CEO who joined in 2009, has presided over a revival from a low base. Outside cash will help the group copy its rivals’ moves – opening more directly-owned stores, bringing licensed products in-house, and raising Versace’s profile in China.

But the deal structure may not suit everyone. Suppose an investor injects 150 million euros of new money, and buys 50 million euros worth of stock from Santo Versace – the only current shareholder who will sell part of his holding – all for a 20 percent stake. People familiar with the matter say EBITDA, at 46 million euros in 2012, is likely to be nearer 70 million euros this year. So a 1 billion euro valuation would amount to roughly 14 times current-year EBITDA. That’s a high multiple for a business in transition – especially if you’re buying a minority stake alongside headstrong creative types.

That may not please many investors. No wonder the latest reports suggest the Italian state and Qatari money managers, working together, are more likely buyers than classic private equity funds. Yet if everything goes to plan, three times money in three years is a 44 percent annual return. That would look pretty fabulous.

A new investor is likely to buy a minority stake in Versace by Christmas, chairman and 30 percent shareholder Santo Versace said on Nov. 28, adding that a stock listing could be considered again in the future. “At present the best thing is to boost growth at a company which is valued above 1 billion euros now ($1.36 billion) and could be worth three times that in three years’ time,” Reuters quoted him as saying.

The rest of the company is currently split between Santo’s sister Donatella, who owns 20 percent, and her daughter Allegra, who owns the remaining 50 percent.

The Financial Times, citing people familiar with the matter, said on Dec. 1 that the FSI had emerged as frontrunner to buy the stake. FSI last year agreed a joint venture with Qatar Holding that will invest up to 2 billion euros over four years in Italian food, fashion, design and tourism.