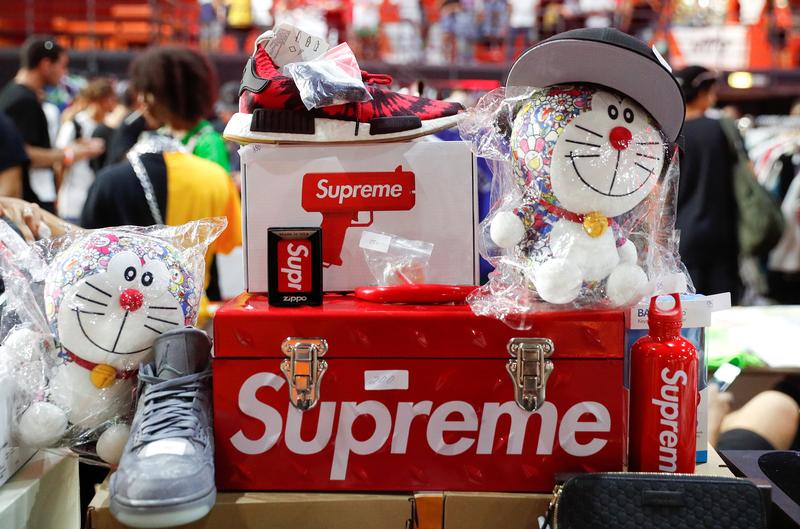 VF’s new deal to buy streetwear brand Supreme is pretty basic, as the kids say. The parent company of brands including Vans and Timberland is buying the cult-favourite apparel dealer for $2.1 billion in cash from private equity groups Carlyle and Goode Partners – an eye-popping number for a company with only 12 brick-and-mortar retail locations worldwide. Supreme, founded 26 years ago on Lafayette Street in New York, has grown its value based on scarcity. But given the relatively cheap price VF is paying, the $27.3 billion apparel juggernaut doesn’t have to worry about that anymore.

Unlike fast-fashion chains, Supreme’s enduring success came from a slow burn built on exclusivity. The company founded by James Jebbia sells a highly sought-after skateboarding tee, displaying its red-and-white box logo, for $1,600 and collaborates with luxury brand Louis Vuitton. That has helped Supreme’s enterprise value more than double since 2017, when the company offloaded a 50% stake to Carlyle for $500 million, according to WWD.

The current sale price represents a multiple of roughly 4.6 times Supreme’s estimated revenue for the year ended in January 2021. That’s lower than Nike’s similar 5 times multiple. And the deal’s enterprise value-to-EBITDA multiple of 15 times is roughly half that of Nike’s.

Yet Supreme can help VF in more ways than one. It can help liven up VF’s outdoor and activewear portfolio, perhaps bringing it cachet with the younger crowd who often camp out outside one of Supreme’s stores to snatch up its limited new product. But Supreme also books more than 60% of revenue from online sales. That gives the company, whose customers include Kayne West and Rihanna, a better presence as lockdowns linger. Meantime Vans’s owner posted lower profit and sales in the quarter ended Sept. 26, in part due to Covid-19.

To keep Supreme “cool”, Jebbia, who will remain in charge, and VF boss Steve Rendle, will need to balance street-cred and growth. Grow too big and open stores too quickly, and the scarcity value evaporates. But that might not be necessary. Rendle is targeting sales growth between 8% and 12%, roughly in line with Nike. It suggests that after being folded into VF, Supreme doesn’t need much kick.

Vans shoemaker VF on Nov. 9 said it would buy streetwear apparel company Supreme from private equity owners Carlyle and Goode Partners for $2.1 billion in cash. The owner of The North Face and Timberland said it would make an additional payment of up to $300 million subject to satisfaction of certain post-deal closing milestones.

Supreme is expected to have more than $500 million of revenue for the year ended January 2021.