How soon is now 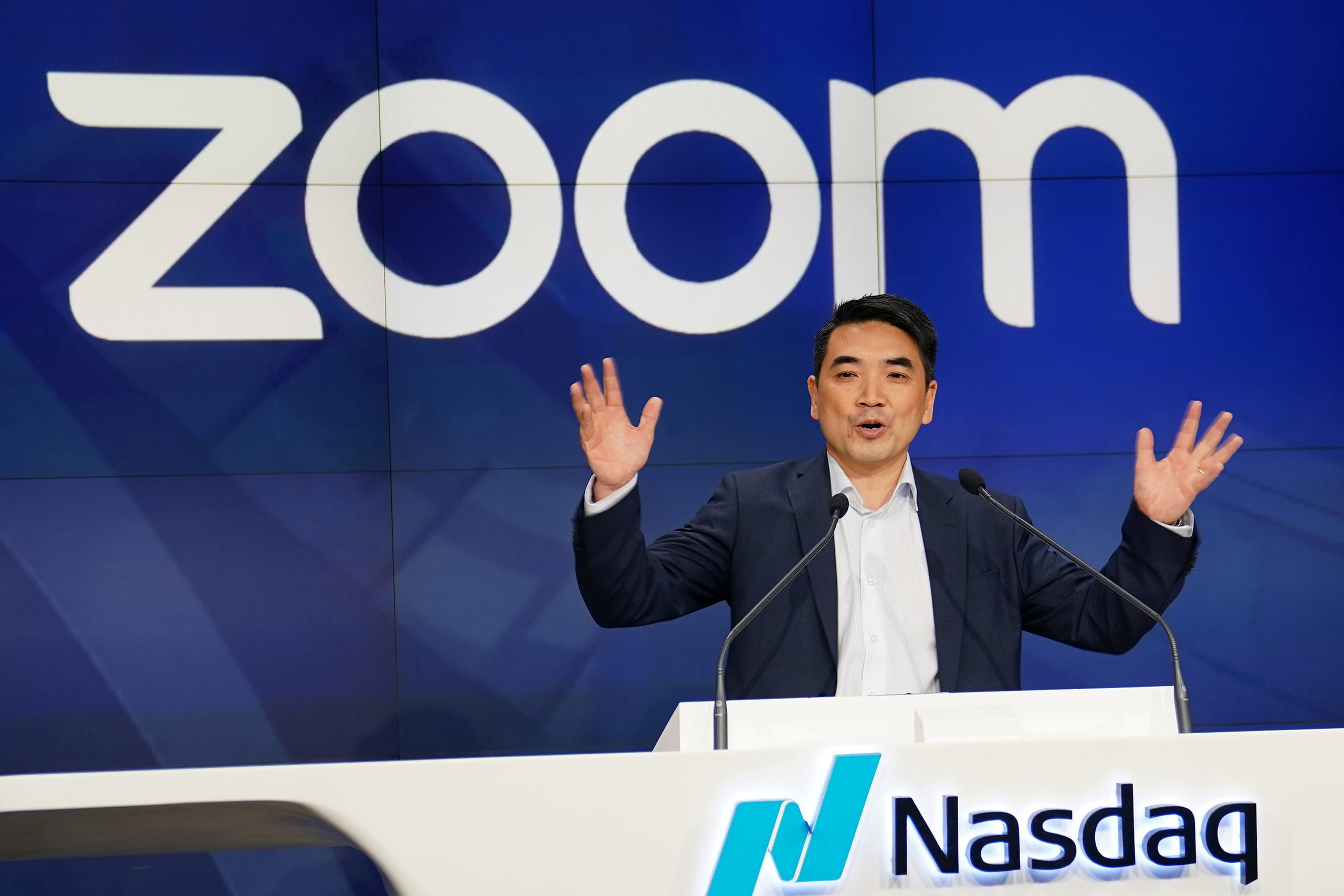 The virtual-meetings business has suddenly been thrown forward in time. Zoom Video Communications reckoned last year that it and rivals like Slack Technologies would be competing for $43 billion in annual industry revenue by 2022. But user numbers have grown rapidly as coronavirus-enforced physical distancing has made video calls popular. Rather than being a boon for profit, though, this could put them on a collision course with their predictions for industry growth.

Zoom now has 200 million daily video participants, a 20-fold increase since the end of December. That’s a third of the 600 million or so of business and higher education telephony users Morgan Stanley analysts estimate. Its stock is now off its highs but has still jumped nearly 75% since the start of the year, leaving Zoom worth $34 billion on Monday afternoon. Slack’s valuation has risen a tenth to $14 billion, having added paying customers at about four times its normal rate. These two players are set to bring in nearly $1 billion of revenue each over the next 12 months, according to Refinitiv data, or less than 5% of the total addressable market Zoom envisages.

The challenge is translating users into sales once all the free trials are over. A return to offices and colleges will probably be accompanied by a drop in virtual calls. In any event, price competition will intensify as companies turn from fighting over new customers to stealing them from each other. About 15 years ago, voice over internet protocol was the hot new communication technology. The result was fierce price wars. Former hotshots like Vonage are worth less than they were then.

Moreover, Microsoft is pushing its Teams product as part of a software suite alongside Office. That may be good enough for business clients. The company run by Satya Nadella is rolling it out to retail customers soon, too. The more success the software giant has, the smaller the market might be for Slack, Zoom and the like.

Selling could be an option, though – such a service could fit well in Salesforce.com, for example. And it has been done before. Microsoft bought Skype in 2011 for $8.5 billion, or about 10 times trailing revenue. Trouble is, Zoom is currently valued five times as high. It’s not only the users that have shown up ahead of time.

Zoom Video Communications said on April 1 that it had 200 million daily meeting participants. The company said it had approximately 10 million at the end of December.

Microsoft said on March 14 that it had 44 million daily active users of Teams, its software for online collaboration, and that the number had grown by 12 million over a week.

Zoom Video Communications said on April 1 that it had 200 million daily meeting participants. The company said it had approximately 10 million at the end of December.

Microsoft said on March 14 that it had 44 million daily active users of Teams, its software for online collaboration, and that the number had grown by 12 million over a week.