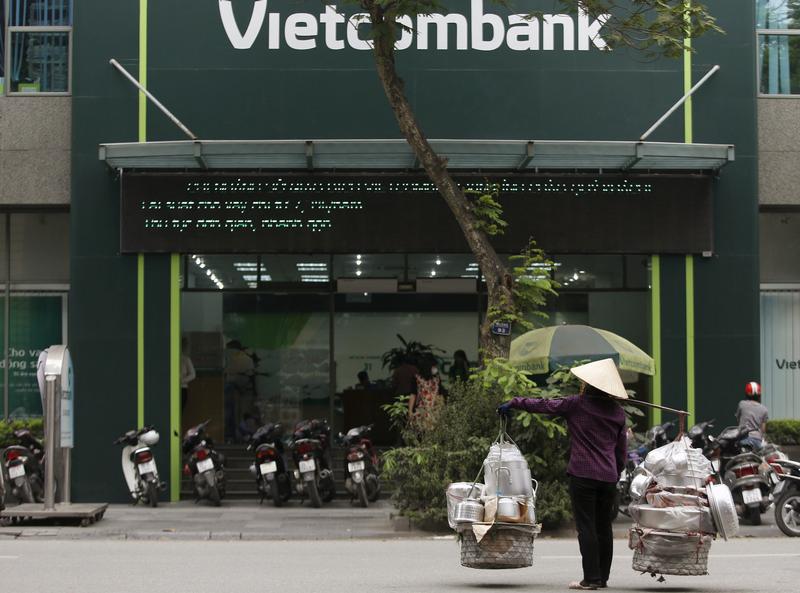 Local lenders need to keep pumping credit into the economy to sustain the country’s 6 pct growth. But banks are short of capital. A plan to allow more foreign investment will only help if Vietnam is willing to let outsiders take control of healthier banks as well as weak ones.

A vendor carries kitchenware for sale in front of a branch of Vietcombank in Hanoi, April 15, 2016. REUTERS/Kham/File Photo - RTSL4ZP

Vietnam may raise the cap on foreign ownership in banks this year to speed up an overhaul of the sector and attract investment from overseas, Bloomberg reported on Jan. 17.

In an interview, Prime Minister Nguyen Xuan Phuc said the country will "try" to make a change this year, without saying what the new limit would be. The government is also open to selling weak banks in their entirety to foreign investors immediately, he said.

Currently, foreign investors can own up to 30 percent of local lenders.