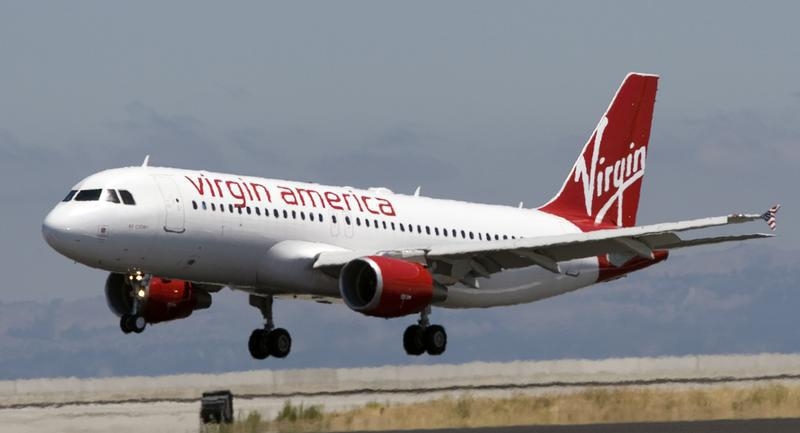 Virgin America needs clear skies for its planned initial public offering to fly. Chief Executive David Cush and his lieutenants reckon the airline is worth $1 billion, according to the Wall Street Journal. That’s possible, if Virgin can keep revenue climbing at a fast clip and hold costs down. But the history of both the industry and other public companies in Richard Branson’s hangar suggests that’s a stretch.

There’s a lot to admire about Virgin America. It expects to have net cash on its balance sheet after its public debut by paying some debt off and swapping most of the rest for stock. Its U.S. rivals collectively carry $72 billion of debt.

The company also posted its first-ever profit last year, with operating earnings of $81 million, excluding interest payments that will mostly disappear after the IPO. That works out to a margin of 5.7 percent, compared with Southwest Airlines’ 8.2 percent. Jetting its way to higher, consistent profitability won’t be easy, though.

EBITDA would have to hit $165 million by 2016 – an annual increase of 20 percent from last year. That would require outpacing estimated growth at rivals like Southwest and Hawaiian Airlines. Even then, shareholders would have to bestow Virgin America with an enterprise value of five times 2016 EBITDA, compared with an average multiple of 4.2 times for Hawaiian, Southwest and Alaska Air.

That may be realistic for a rapidly expanding company. Controlling expenses, after all, is expected to account for much of the improvement at Hawaiian and Southwest. Virgin America’s revenue is rising faster, though it slowed to 7 percent last year. Adding more routes would probably fuel growth but also costs.

There are also headwinds to consider. The U.S. airline industry has only once managed six consecutive years in the black since 1978. It’s currently heading for its fifth straight year of profitability. What’s more, other Branson brands don’t always fare too well on the stock market. Virgin Australia has lost 85 percent of its value since 2007, while clothing and cosmetics business Victory delisted after shares fell 90 percent in five years.

Virgin America’s first quarter this year exposed its vulnerability. The company lost $12.5 million, excluding interest payments, blaming the awful winter weather. The problem with airlines is that such turbulence is all too common.

Virgin America, the low-cost airline partly owned by Richard Branson, filed for an initial public offering of shares on July 28.

The company offers flights to 22 cities in the United States and Mexico, using a fleet of 53 Airbus A320 aircraft.

Branson, whose investment in the airline is restricted by U.S. foreign investment rules, owns a 22 percent stake in Virgin America through the Virgin Group and a hedge fund.