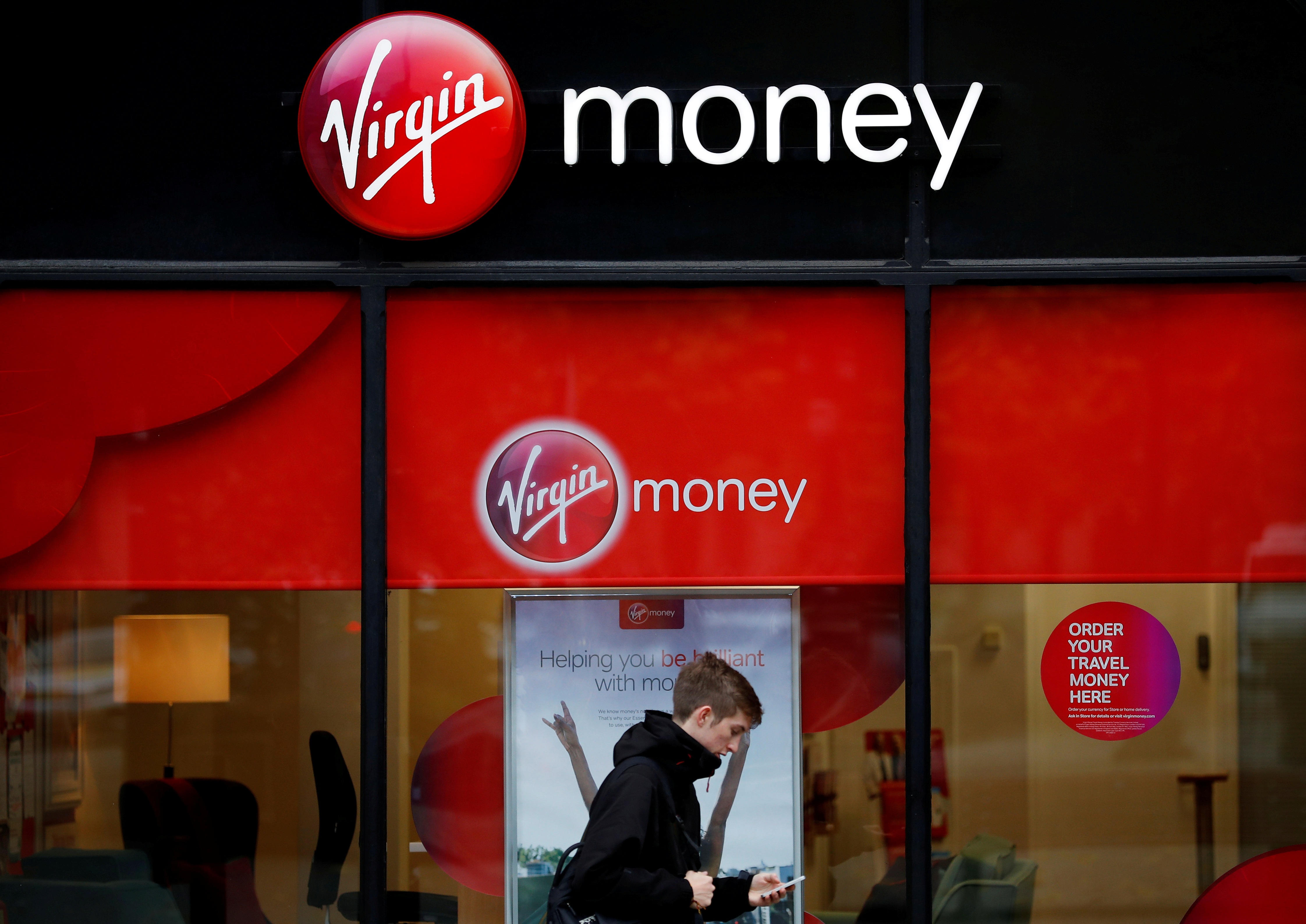 The UK upstart lender is selling out to rival CYBG in an all-share deal worth 1.7 billion pounds. The premium on offer is little more than half the value of expected cost savings. Despite a UK slowdown and higher consumer credit risks, Virgin shareholders will feel short-changed.

A man checks his phone as he walks past a branch of Virgin Money in Manchester, Britain September 21, 2017.

CYBG on June 18 said it had agreed a 1.7 billion pound ($2.26 billion) all-share takeover of rival Virgin Money in a deal which the mid-sized UK bank said will create a new challenger to the country's biggest four lenders.

Virgin Money shareholders will receive 1.2125 CYBG shares for each share they own, giving them approximately 38 percent of the combined group. Based on CYBG’s closing share price of 306 pence on June 15, the offer represents a 35 percent premium to Virgin Money’s share price for the three-month period that ended on May 4, before CYBG unveiled its first offer.

"The combination of CYBG and Virgin Money will create the first true national competitor to the status quo in UK banking, offering a genuine alternative for consumers and small businesses," said CYBG CEO David Duffy in a statement.

The takeover will create Britain's sixth-largest bank by assets, around twice the size of its largest rival, and plans to roll out the Virgin brand, which the combined group will pay a royalty to keep. Virgin founder Richard Branson owns around 35 percent of Virgin Money.

Duffy will lead the combined bank, while Virgin Money CEO Jayne-Anne Gadhia will act as a senior advisor.