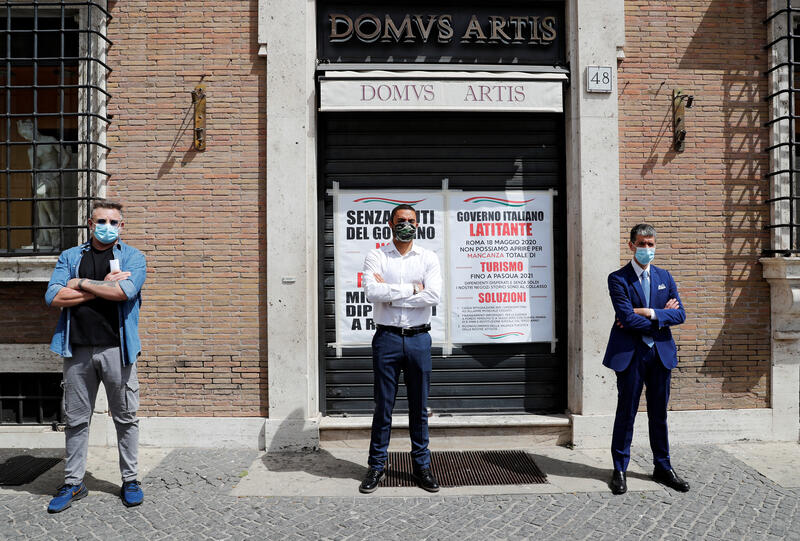 Governments are ponying up trillions of dollars to save lockdown-hit firms. Further assistance looks inevitable as economies falter. States will demand higher taxes and jobs in return, putting them at odds with private owners. And lending to smaller firms creates bigger tensions.

Shop owners wearing protective face masks protest in front of closed shops asking for help from the government, as shops are allowed to reopen and Italy eases some more of the lockdown measures put in place during the coronavirus disease (COVID-19) outbreak, in Rome, Italy, May 18, 2020.

Deutsche Lufthansa on May 25 agreed terms with the German government over a 9 billion euro bailout, including both debt guarantees, new equity and non-voting subordinated capital.

The European Commission has agreed state aid packages worth over 2.2 trillion euros from the region’s member states to help companies cope with the Covid-19 crisis.

Other European companies to seek state help include France’s Renault, which is in talks with the French government over a 5 billion euro state-backed loan; and Air France-KLM, which has received a 7 billion euro aid package.

The U.S. Treasury has earmarked 50 billion euros of support for U.S. airlines including American Airlines and Delta Air Lines. America’s more than $2 trillion CARES Act includes loans and other support for companies.