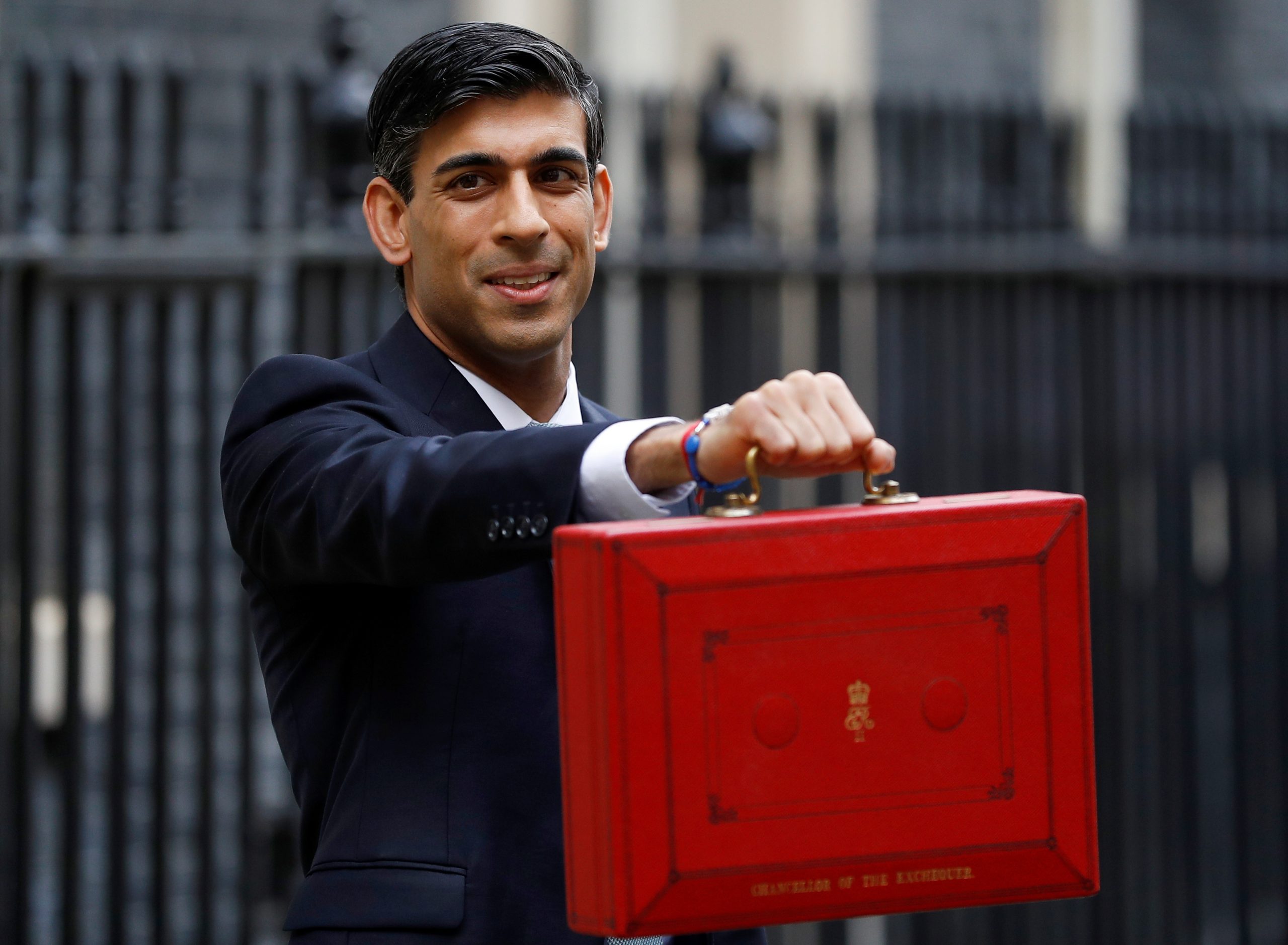 Britain's Chancellor of the Exchequer Rishi Sunak holds the budget box outside his office in Downing Street in London, Britain March 11, 2020.

British finance minister Rishi Sunak on March 11 announced a spending splurge to ward off the economic effects of coronavirus in his maiden budget. His 30 billion pound stimulus plan included 7 billion pounds of spending specifically to help the economy cope with the fallout from the virus.

Sunak was appointed finance minister on Feb. 13 after his predecessor Sajid Javid resigned.

The Bank of England unexpectedly cut interest rates by half a percentage point to 0.25% on March 11 to bolster Britain's economy against disruption caused by the coronavirus outbreak. The central bank also lowered its counter-cyclical capital buffer for banks to zero from 1% and launched a new scheme to support lending to small businesses – both measures to keep borrowing flowing.