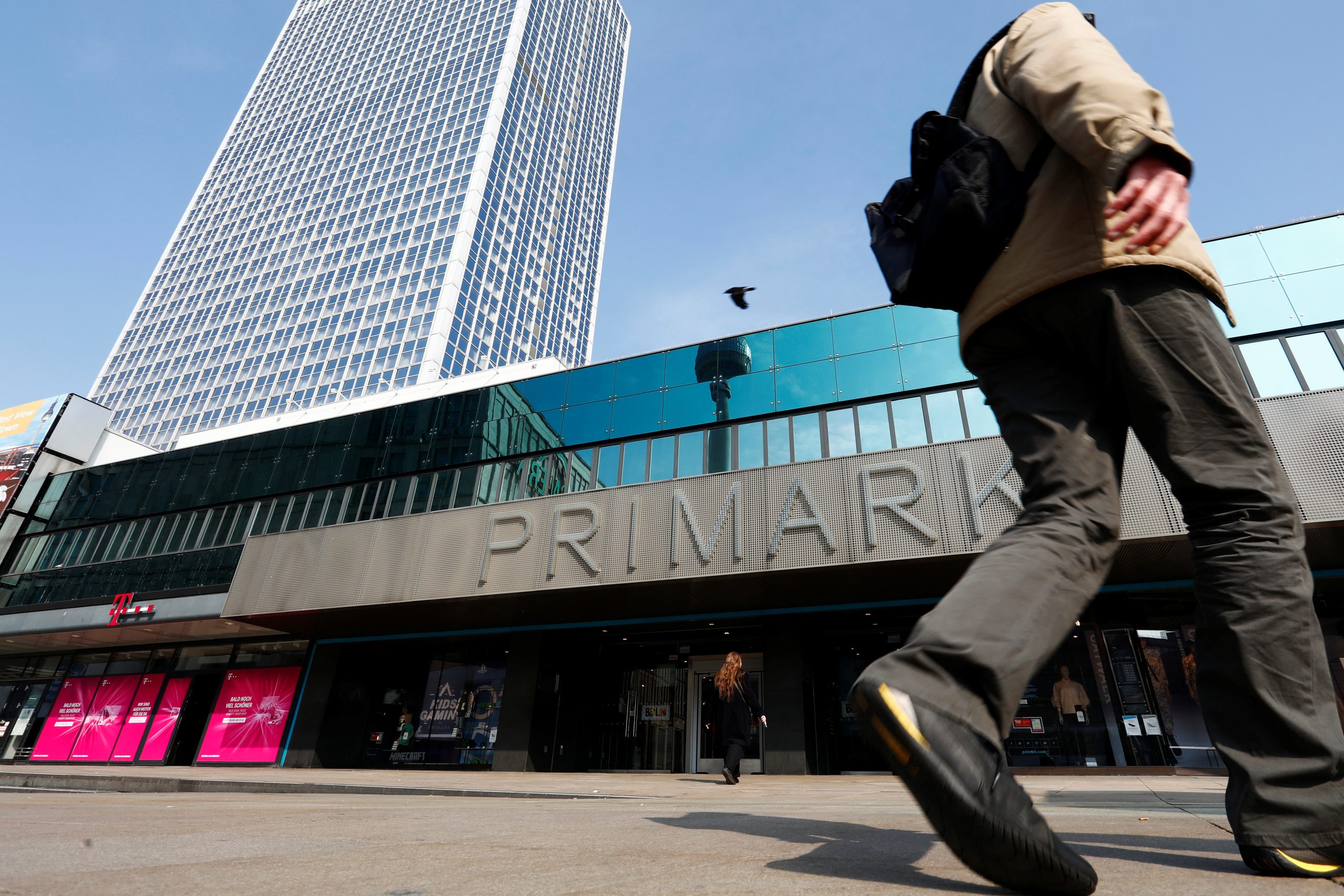 Blackstone, British Land and Intu’s differing financial shapes mean they can cut coronavirus-hit firms varying degrees of slack on their rent. But major tenants like Primark are refusing to pay. If everyone follows suit, landlords won’t have much in the way of comeback.

People walk in front of a Primark shop, as the spread of the coronavirus disease (COVID-19) continues, in Berlin, Germany March 17, 2020.

British Land, which has a range of retail tenants but more office rentals, said on March 26 it expected March rent deferrals of around 40 million pounds. It also said it would temporarily suspend future dividend payments and would revisit its dividend policy when it had “sufficient clarity of outlook”.

It said it could spread repayments of deferred rents over six quarters, while releasing smaller retail tenants from their rental obligations for three months until June.

Intu, which owns Manchester’s Trafford Centre in northwest England, Lakeside in eastern England’s Essex and several other properties across Britain and Spain, said it would lower its service charges for tenants by 22%.