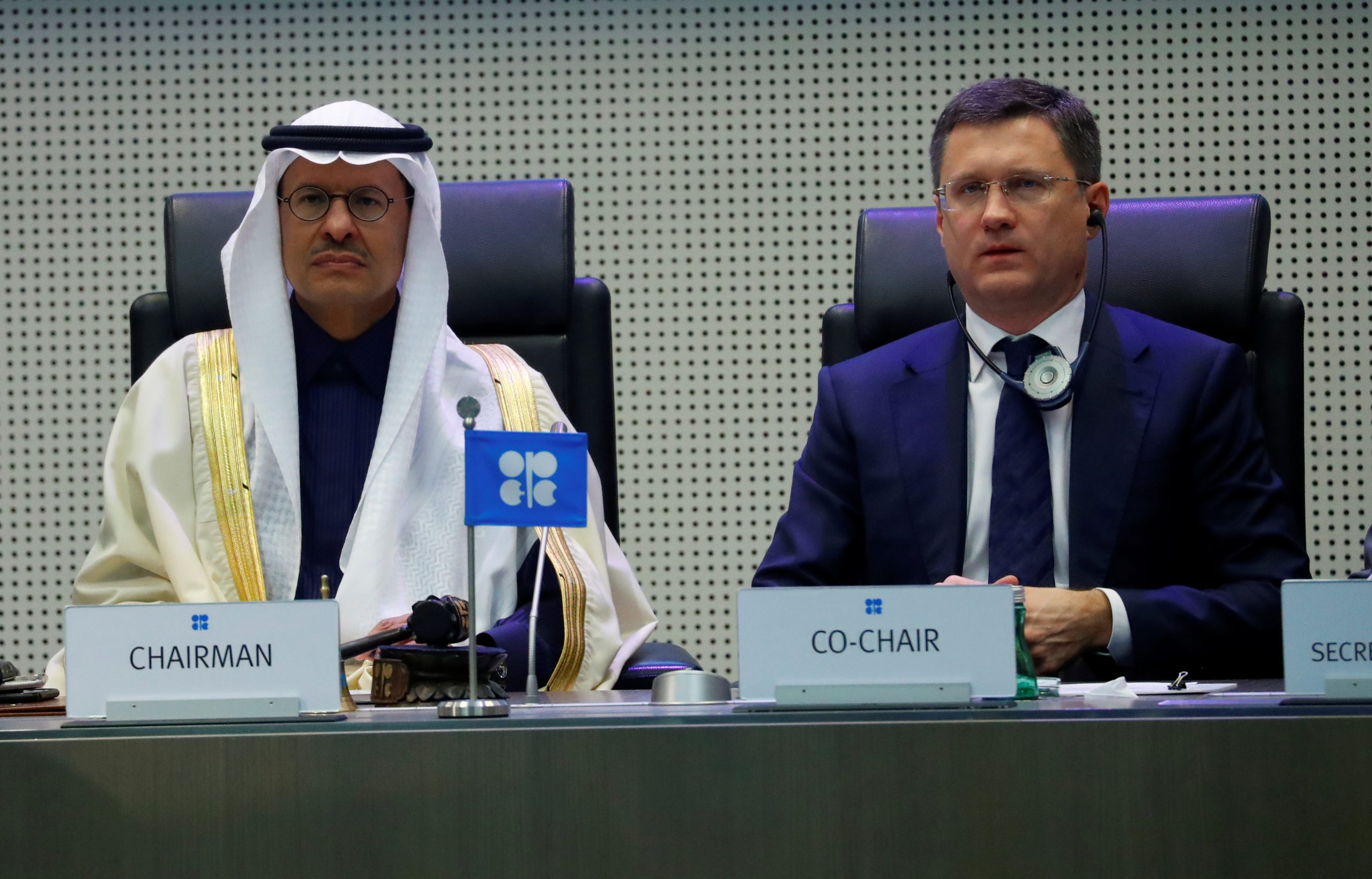 Oil prices have dipped below $60 a barrel on fears the coronavirus will hit growth. The Saudi-led producers group already has a job convincing the likes of Russia to keep supporting cuts agreed in December. The virus jitters might make others, such as Riyadh, want to double down.

U.S. West Texas Intermediate was down 32 cents at $52.82 a barrel, after slipping to its lowest since early October in the previous session at $52.13.

Saudi Arabia urged caution on Jan. 27 against "gloomy expectations" regarding the possible impact of the spread of the coronavirus on the global economy and oil demand.

Saudi Energy Minister Prince Abdulaziz bin Salman said the impact being seen on oil and other markets was “primarily driven by psychological factors and extremely negative expectations adopted by some market participants despite its very limited impact on global oil demand.

"Such extreme pessimism occurred back in 2003 during the SARS outbreak, though it did not cause a significant reduction in oil demand," the minister said in a statement.

"It is important that we do not exaggerate projections related to future decreases in oil demand due to events in China," UAE Minister of Energy Suhail al-Mazrouei said.

"OPEC and OPEC+ member countries will discuss market conditions (in March) and, if required, all options to ensure continued market balance," he said.