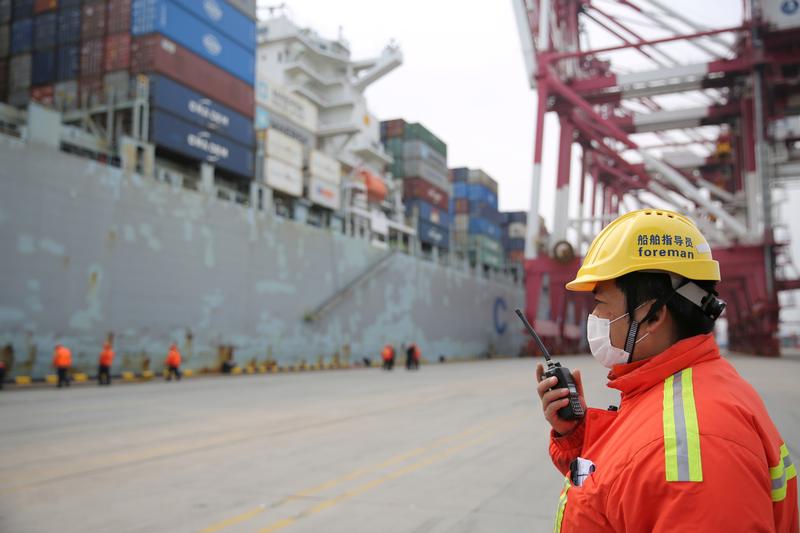 Saudi Arabia may cut output to offset a demand slump due to the coronavirus. The People’s Republic’s thirst for imported oil, and uncertainty about the length and severity of the crisis, make that a tricky call. Getting it wrong risks opening the door to other exporters.

A foreman wearing a face mask works as a cargo ship docks at a container terminal of Qingdao port in Shandong province, China while the country is hit by an outbreak of the new coronavirus, February 4, 2020.

Chinese oil consumption could fall by 25% in February due to the coronavirus outbreak, the Financial Times reported on Feb. 5 citing domestic refinery executives.

Bloomberg reported on Feb. 2 that Chinese crude demand had dropped by 3 million barrels per day.

The Joint Technical Committee, which advises the Organization of the Petroleum Exporting Countries and its allies led by Russia - a grouping known as OPEC+ - has recommended a provisional cut in oil output of 600,000 barrels per day in response to the virus, Reuters reported on Feb. 6.

Spot crude trade into Shandong, home to independent refiners that account for a fifth of China's imports, is at a halt, three traders told Reuters, speaking on condition of anonymity.

U.S. crude inventories rose by 3.4 million barrels in the week to Jan. 31, compared with expectations in a Reuters poll for a 2.8 million barrel rise.