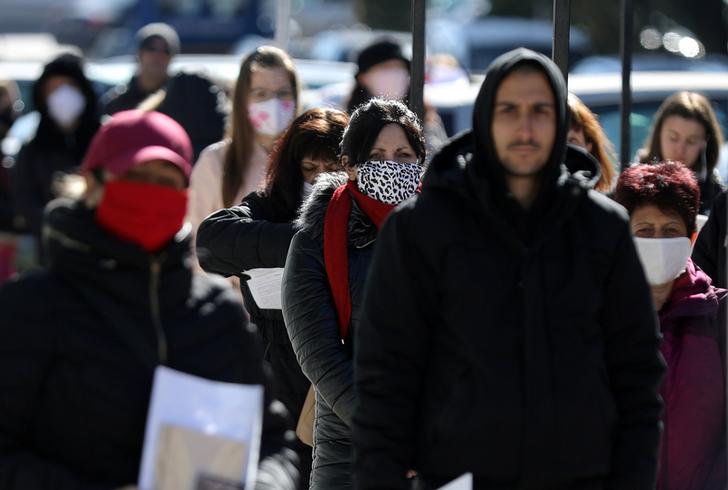 As governments lift restrictions, they face tough choices about weaning companies and workers off public support. Different industries require different timetables. Withdrawals should also be phased. The state can’t help indefinitely, but a sudden break would be too big a shock.

People wearing face masks in an attempt to prevent the spread of coronavirus disease (COVID-19) wait outside a labour office in Sofia, Bulgaria, April 8, 2020.

Britain’s tax authorities said on May 4 that 6.3 million workers – equivalent to almost a quarter of UK employees – have been furloughed under the government’s job support scheme. Companies have claimed 8 billion pounds ($9.9 billion) from the state to sustain their wage bills.

UK finance minister Rishi Sunak said on April 27 that he wanted to wind down the scheme gradually to avoid a potential surge in unemployment as coronavirus restrictions ease.

The Financial Times said on April 27 that the Treasury was thinking about tapering the scheme, which currently covers 80% of a furloughed worker’s wages up to a maximum monthly 2,500 pounds, by cutting it to 60% then 40% over a number of months, rather than making a sudden break.

New Zealand ended a strict lockdown on April 28. However, its coronavirus wage subsidy scheme, which covers two-thirds of the labour force, will run for another two months.