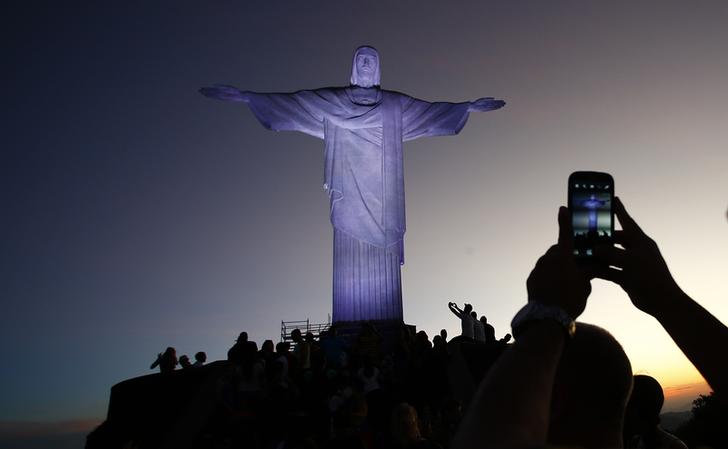 Vincent Bolloré, Vivendi’s chairman, is doing right by his shareholders. The French media group says it has entered exclusive talks with Telefonica on the Spanish group’s 7.5 billion euro bid for its Brazilian business GVT. The French conglomerate spurned a lower bid from Telecom Italia. It might have squeezed a bit more from Telefonica, but has chosen the surest exit. That leaves rival bidder TI facing an uncertain future.

Vivendi says the Spanish bid is in the best interest of its shareholders. The offer is higher, with 3 billion euros more in cash and a lower execution risk than the Italian one, which was mostly in shares and required a shareholder vote. To complicate matters further, Telecom Italia’s Brazilian unit is also in play – Oi, Brazil’s biggest fixed-line company, says it is considering buying TI’s stake. Both offers included potential deals to distribute Vivendi content, which gave Telefonica a significant advantage on account of its larger, global footprint.

There were fears that Bolloré could have been tempted by a larger stake in TI, which would have somehow reversed the group’s strategy of shedding its telecom assets to focus on media and content. The Telefonica offer is still a bit muddled in that respect: it includes a stake in Telefonica Brasil, a third of which Vivendi can exchange for Telecom Italia shares – Telefonica has been a longstanding shareholder of its Italian rival. Still, at nearly 11 times this year’s earnings before interest, taxes, depreciation and amortization, Vivendi is getting a good price.

Telefonica doesn’t seem to be overpaying, either. The headline figure is 1.7 billion euros above analyst estimates of GVT’s standalone value, but analysts at Kepler Cheuvreux reckon Telefonica could reap about 3.5 billion euro in synergies.

Where does this leave Telecom Italia? Its shares have nearly doubled in the last year, partly on hopes that the Italian market would consolidate and that it could profit from the Brazilian consolidation wave. This might still happen, given Oi’s stated interest. But that would leave TI dependent on its ultra-competitive domestic market, in an economy in recession. The GVT sale could be just a prelude to a larger battle in Brazil.

A tourist takes a picture of the statue of Christ the Redeemer ahead of the 2014 World Cup in Rio de Janeiro June 8, 2014.

Vivendi, the French media and communications group, said it had entered into exclusive talks with Telefonica to sell its GVT Brazilian broadband business, spurning a rival bid from Telecom Italia. Vivendi said Telefonica’s offer was in the best interest of shareholders.

Telecom Italia’s offer ascribes an enterprise value of 7 billion euro to GVT. The offer includes 1.7 billion euros of cash, a 16 percent stake in Telecom Italia (with 21.7 percent voting rights), and 15 percent of TIM Brasil, Vivendi said in a statement. It is subject to approval by Telecom Italia shareholders.