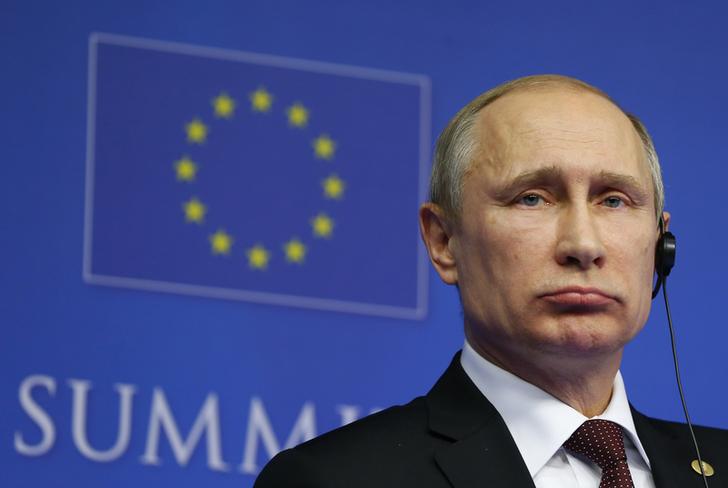 Vladimir Putin is not just bad news but also bad weather. Unrest in Ukraine has become the bogeyman to replace snow when a company’s profit hopes need to be managed downward. Just ask Volkswagen or McDonald’s. The World Cup goes the other way, helping Twitter and maybe Walt Disney. The message could be muddled in four years when Russia and soccer converge.

Adidas uniquely plays both ways. The German sports group that owns Reebok caught investors by surprise with a profit warning last week. Tensions and currency volatility in and around Russia were among the company’s reasons. It also, however, patted itself on the back for its performance at the soccer extravaganza held in June and July.

For its part, VW said sales in Russia dropped 8 percent in the first half of 2014 from a year ago because of “political tensions.” McDonald’s, though more in the headlines over food supply trouble in China, cited currency volatility in Russia and Ukraine as one cause of margin pressure for the rest of the year. Tougher sanctions could affect more companies, including global oil titans like BP and Royal Dutch Shell.

Twitter, meanwhile, could thank the Brazilian spectacle for a surge in usage that helped its stock rocket after its second-quarter earnings report. The effect could spread to Disney, owner of the World Cup’s U.S. broadcaster, ESPN, when it reports its numbers for the period on Tuesday.

Quadrennial or geopolitical events, much like frigid temperatures, can indeed affect the bottom line. They also have a funny way, though, of turning into convenient scapegoats. However plausible it may sound, companies that credit or blame such factors should therefore be closely scrutinized.

That will be especially true come 2018, when Russia hosts the world’s biggest sporting event. Soccer’s governing agency FIFA says its championship can be “a force for good.” Whether that’s true for multinational corporations amid offsetting political governance is another story.

Companies including Adidas, Volkswagen and McDonald’s have cited tensions in Russia and Ukraine as a reason for weaker earnings or forecasts.

The soccer World Cup, which started in Brazil in June, has boosted business performance at companies including Twitter and Adidas.

Russian President Vladimir Putin speaks at a news conference after an EU-Russia Summit in Brussels January 28, 2014.

Companies including Adidas, Volkswagen and McDonald’s have cited tensions in Russia and Ukraine as a reason for weaker earnings or forecasts.

The soccer World Cup, which started in Brazil in June, has boosted business performance at companies including Twitter and Adidas.