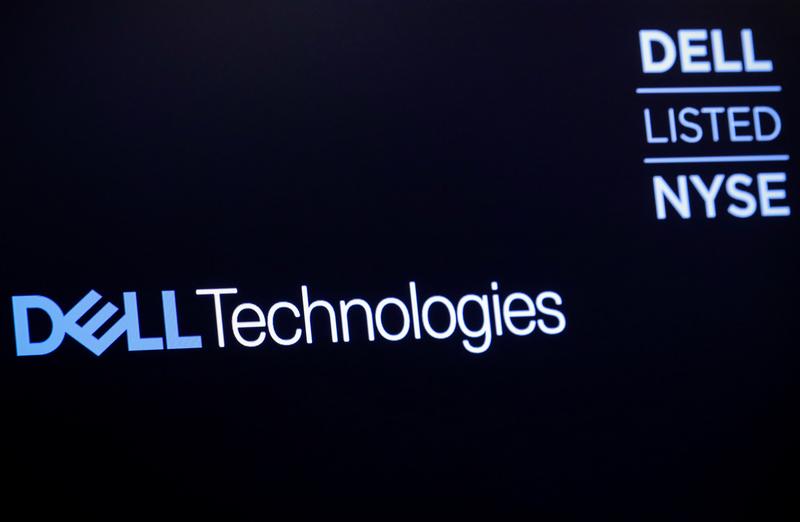 The $36 bln IT group may off-load its $50 bln majority stake in separately listed VMware. Logic suggests first extracting cash to reduce debt and then spinning VMware off to Dell’s shareholders. That would clean up balance sheets and governance, probably boosting both valuations.

The logo for Dell Technologies Inc. is displayed on a screen on the floor of the New York Stock Exchange (NYSE) in New York, U.S., January 10, 2019.

Dell Technologies is considering options including spinning off its 81% stake in VMware, worth around $50 billion, the Wall Street Journal reported on June 23 after the close of stock-market trading.

Dell’s market capitalization at the closing price on June 23 was around $36 billion, and VMware’s nearly $63 billion. Both companies’ stocks surged the following day, with Dell opening up 12% and VMware up 5%.

Dell’s review is at an early stage and no decision is imminent, the Journal said. Any deal is unlikely before next year, and Dell can’t spin off its VMware stake tax-free until September 2021, according to the report.