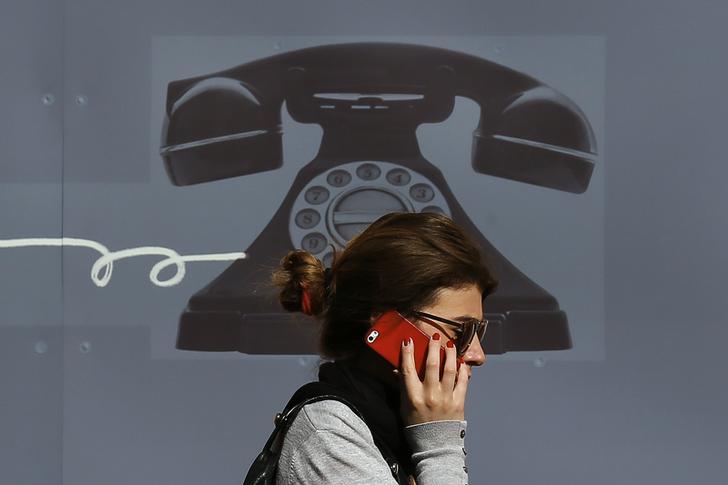 Vodafone’s $130 billion U.S. exit is tailored for a cautious age. The mobile giant knows that safety-first investors, especially in Europe, still prefer cash to grand plans. And so 71 percent of the proceeds from selling Vodafone’s 45 percent stake in Verizon Wireless will go straight to shareholders. Debt falls, dividends rise, and capital expenditure should get a healthy boost. AOL-Time Warner, this is not.

The disposal, to joint venture partner Verizon Communications, took years of wrangling. Now it is finally here, and most notable for the enormous quantities of cash being funnelled to Vodafone’s owners. They will get $84 billion – an extraordinary handout considering UK dividend payouts last year totalled 80.4 billion pounds ($124.9 billion), on Capita Registrars data.

After plenty of leaks, there are not many surprises left. A huge capital gains bill once looked like a deal-killer but in the end, and as expected, tax issues proved surmountable. The likely charge is about $5 billion. That slim bill depends on a standard Dutch legal setup, which also exists in Britain. Still, Vodafone will not escape without a little reputational prang: some campaigners and politicians have already detected fresh evidence here of an underhand attitude to tax.

Dividends will also rise, increasing about 8 percent this year. The dividend yield, very roughly, could amount to a respectable 5-odd percent, and there is a commitment to future increases.

Vodafone pledges to increase capital expenditure by 2 billion pounds a year over the next three years, on projects such as building out mobile broadband faster in its five top European markets. The extra investment is significant for a group that spent 6.3 billion pounds on capex last year – especially so, since many rivals are financially constrained and will struggle to match Vodafone’s new outlays.

It’s not quite right to dub this a mega-deal for a boring age. Things look a tad less sober for Verizon, which has epic financing needs. Still, the buyer is ultimately just taking full control of a subsidiary, no matter how enormous.

Verizon Communications agreed on Sept. 2 to pay $130 billion to buy Vodafone out of its U.S. wireless business, signing history’s third-largest corporate deal to bring an end to an often fractious 14-year marriage.

Verizon Communications agreed on Sept. 2 to pay $130 billion to buy Vodafone out of its U.S. wireless business, signing history’s third-largest corporate deal to bring an end to an often fractious 14-year marriage.