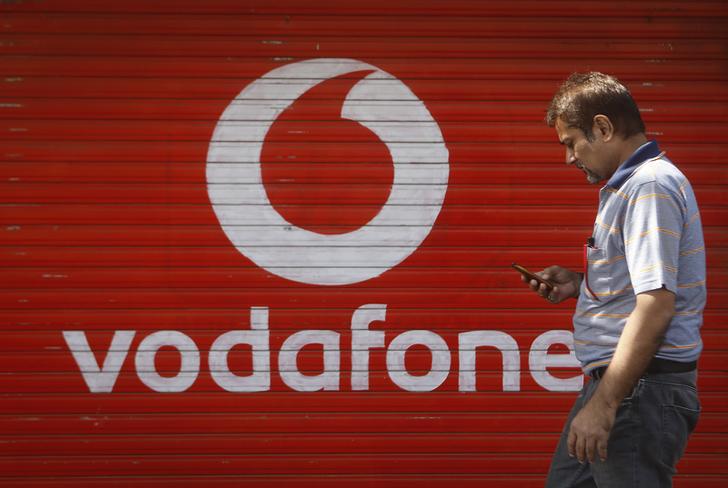 Strong results lifted shares in the $87 bln mobile operator. Rocketing data demand, up 80 pct on last year, endorses a $30 bln stg splurge on networks. With the fall in like-for-like sales moderating to 1.5 pct, a return to top-line growth looks in sight.

A man checks his mobile phone as he walks past a shop displaying the Vodafone logo on its shutter in Mumbai January 15, 2014.

Organic service revenue, a measure which excludes items like takeovers and handset sales, shrank 1.5 percent in the three months to Sept. 30, beating a company-provided consensus of -2.7 percent for the period, the second quarter of Vodafone’s financial year. EBITDA for the six months to Sept. 30 stood at 5.88 billion pounds ($9.32 billion), versus analysts’ average forecasts for 5.79 billion pounds.