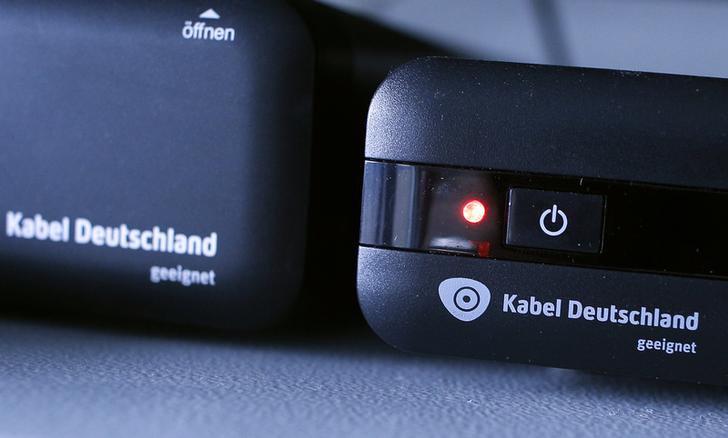 Vodafone is right to defy the hedge funds over its $10 billion bid for Kabel Deutschland. The London-listed mobile giant says it won’t alter its agreed offer for the German cable company, even after Elliott Management and Davidson Kempner amassed possible blocking stakes of 10.9 percent and 3.4 percent. Vodafone’s resolve makes sense – a failed deal would hit everyone. But even if the offer succeeds, a fight looms over the remainder of Kabel Deutschland’s shares.

With its tender expiring on Sept. 11, Vodafone says it will not sweeten its 84.50 euro-a-share offer, or lower its 75 percent acceptance threshold. That’s the only way to play this. Though important to Vodafone, the deal is already pricey. With a huge U.S. windfall arriving, and other European businesses potentially in its sights, this would be a bad time to appear soft.

Moreover, settling for a smaller stake would undermine the deal’s logic. With less than 75 percent, Vodafone would not be able to obtain the “domination agreement” needed to integrate its target company under German law.

There is sense to calling Elliott’s bluff too. The investor has staked more than 800 million euros on this deal, and would suffer if it collapsed. The most likely counter-bidder, Liberty Global, would pay less – even if it judged the antitrust hurdles were surmountable.

Better to think of this as the opening gambit in a so-called “back-end” trade, where investors argue over the value of outstanding securities. German M&A rules specify minority investors must receive cash or a fixed dividend as compensation for a domination agreement. The valuations involved can be challenged, and courts often end up giving investors more.

Elliott and Davidson Kempner might even tender some of their shares to ensure the current Vodafone deal succeeds, while keeping enough stock to benefit from this likely sweetener.

Any shareholders who kept stock with a fixed dividend could eventually fight another battle over valuation, if Vodafone wanted to use a squeeze-out to gain 100 percent control. But Vodafone could sit tight for years. That might require too much patience – even for Elliott.

Vodafone’s tender offer for Kabel Deutschland expires at midnight Frankfurt time on Sept. 11. Vodafone said on Sept. 9 that the offer’s terms and conditions “remain unchanged and will not be amended.”

Vodafone’s tender offer for Kabel Deutschland expires at midnight Frankfurt time on Sept. 11. Vodafone said on Sept. 9 that the offer’s terms and conditions “remain unchanged and will not be amended.”