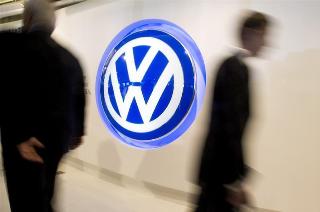 Minority owners of the Swedish truckmaker want more than the 53 pct premium offered by Volkswagen. They’re right to try, but limited medium-term synergies don’t justify topping up a generous bid. Sadly the German carmaker can still fall hostage to its executives’ oversized egos.

Independent members of the Scania board said on March 18 that Volkswagen’s offer to the remaining minority owners of the Swedish truckmaker was too low, and advised shareholders to reject it.

Scania shares lost 3.4 percent to 189.2 crowns in morning trading on March 18, 5.4 percent below the level of Volkswagen’s offer.

The recommendation marks a setback for the German automaker, which is trying to integrate its German heavy goods vehicle maker MAN and Scania more closely. Volkswagen currently owns 62.8 percent of Scania’s share capital and controls 89.2 percent of its voting rights.

On Feb. 21 Volkswagen said it would offer 200 crowns for each Scania share it does not already own. Compared to the weighted average over the 90 days before the announcement, that represents a premium of 53 percent per Scania B shares. The voluntary tender offer is contingent on Volkswagen owning more than 90 percent of Scania shares. The offer period has started on March 17 and is due to end on April 25.