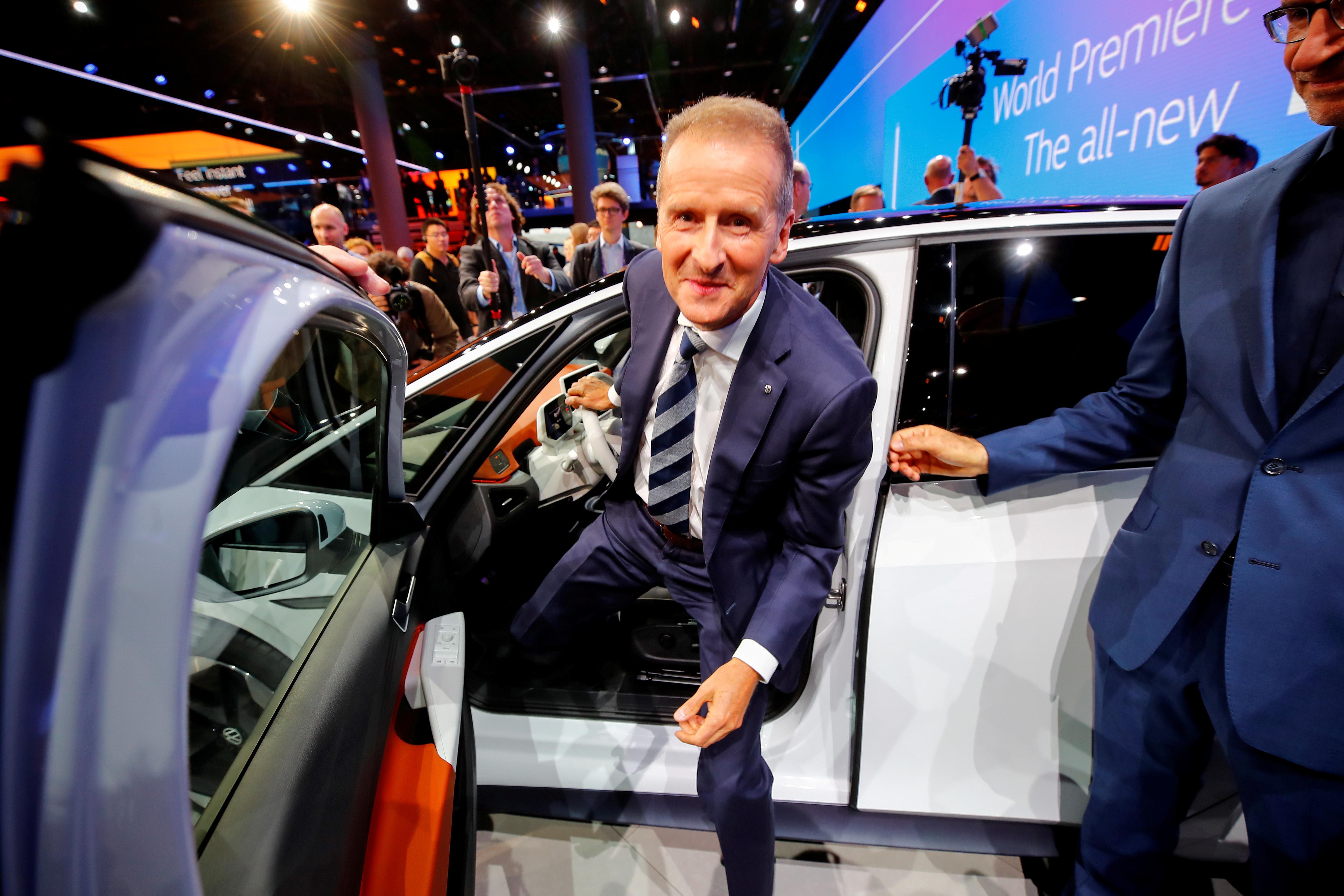 Herbert Diess has presided over a share price fall, made a Nazi joke, and may now face a criminal charge of market manipulation. Assuming he survives the latter, his recent truck IPO and focus on electric vehicles are right. Oddly, the $85 bln group would be weaker without him.

Herbert Diess, CEO of German carmaker Volkswagen AG, poses in an ID.3 pre-production prototype during the presentation of Volkswagen's new electric car on the eve of the International Frankfurt Motor Show IAA in Frankfurt, Germany September 9, 2019.

German prosecutors in the city of Braunschweig on Sept. 24 said they were pressing criminal charges against Volkswagen’s Chief Executive Herbert Diess, as well as Chairman Hans Dieter Poetsch and former CEO Martin Winterkorn.

Lawyers for the three accused said they would contest charges that they delayed telling investors about the carmaker’s emissions cheating. VW admitted in September 2015 to using illegal software to cheat U.S. diesel-engine tests; its shares fell nearly 20% on the day of the announcement.

Reuters reported that Diess's lawyer said the indictment would not hinder him in his role as CEO. The lawyer added that Diess did not join VW until July 2015, and that he could not have foreseen that the scandal would have such a huge impact on the company.