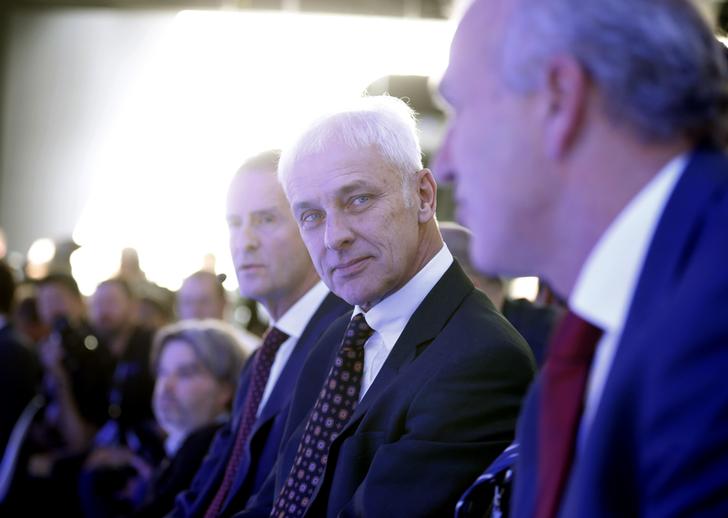 Volkswagen’s dieselgate has turned into a two-speed scandal. The carmaker has found a cheap way to fix 8.5 million pollution-spewing vehicles to the satisfaction of European regulators, but appeasing Uncle Sam is proving elusive. Five months after getting caught cheating on emissions tests, VW’s best option may be to buy back the worst of the offending clunkers.

Other solutions are looking unrealistic. The Environmental Protection Agency and other U.S. watchdogs have rejected company proposals for bringing the diesel autos into compliance. Negotiations are expected to drag on through the end of March. Meanwhile, the potential cost of fines, lawsuits and car recalls is adding up.

Buybacks would pull polluting vehicles off the road far more quickly than a recall could and might win goodwill from regulators while soothing angry customers. Car owners who accepted the deal would waive their legal claims, allowing VW to avoid paying billions of dollars in damages.

The issue for Chief Executive Matthias Mueller would be the expense. Chrysler’s major recall of RAM trucks and Dodge autos in 2015 offers some guidance: drivers were offered the book value of vehicles plus 10 percent or more of that amount.

In VW’s case, the biggest problem is some 325,000 ageing vehicles, like the 2009 Jetta TDI, that can’t comply with U.S. emissions rules without complex hardware changes. Based on an estimated average purchase price of 23,000 euros and average depreciation of 50 percent, the total bill for repurchasing those models would be around 4.2 billion euros ($4.6 billion). The bill would be less if some owners agreed to put the buyback price toward a new VW.

The company would still be left with fixing 255,000 newer diesel cars in the United States. But it has already set aside 6.7 billion euros for the cost of recalls, and revamping non-U.S. vehicles will run less than a billion euros, according to Citigroup analysts. So the expense of buying back autos would add a relatively small amount to what’s already on reserve. And Volkswagen could afford to spend 10 billion euros on top of the 6.7 billion on reserve without affecting its credit rating, according to Standard & Poor’s.

The biggest expense might be the hit to VW’s pride in its engineering. On the whole, though, a buyback could be money well spent.

Volkswagen does not expect an agreement with U.S. regulators before the end of March on how to bring some 590,000 diesel vehicles into compliance with pollution standards, German monthly Manager Magazin reported on Feb. 19.

The German carmaker says it is still negotiating with the American environmental watchdogs some five months after it admitted that it had manipulated emissions data for diesel models sold since 2009.

In mid-January, the California Air Resources Board rejected a proposed fix, saying the plan was “incomplete, substantially deficient and falls far short of meeting the legal requirements”. The board also said the proposal could not be implemented quickly enough.