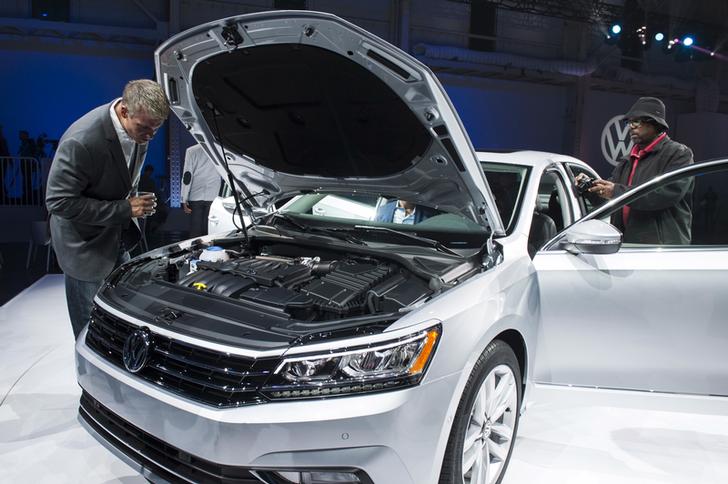 Volkswagen’s cheating on U.S. clean air rules has driven investors into a deep funk. The German carmaker’s market capitalisation shrank by 16.6 billion euros ($18.6 billion) in just over a day, after it was caught falsifying emissions on certain cars sold in the United States. The eventual cost could be higher. While other carmakers have paid less for misdeeds, the better analogy might be oil: BP’s 2010 Deepwater Horizon fiasco.

No death can be directly pinpointed to Volkswagen fiddling checks on emissions – though the “defeat devices” installed in some vehicles hid levels of harmful nitrogen oxide up to 40 times above permitted levels.

The environmental twist perhaps makes BP’s disastrous Gulf of Mexico oil spill a better comparison. Initial total cost estimates by analysts were as low as $3.5 billion. The final bill under the Clean Water Act was $5.5 billion, less than half the maximum fine. But BP’s other costs, including damages, ballooned. All in, BP ended up setting aside almost $55 billion in fines, compensation and cleanup costs.

The Clean Air Act allows the Environmental Protection Agency to charge up to $37,500 per vehicle for any breaches. With 482,000 affected cars, that’s $18 billion. The EPA could be kinder than that, but the company run by Martin Winterkorn cheated government tests for six years, dissembled when confronted and meanwhile lauded Volkswagen’s status as an environmentally sustainable carmaker.

Volkswagen can pay $18 billion, over time, and retain its credit rating. It has 21 billion euros in net cash, with more coming from planned divestments.

That, though, doesn’t factor in other costs, from recalls to refits to vehicle buybacks to class-action lawsuits – or the possibility that Volkswagen’s emissions shenanigans were more pervasive. Diesel cars account for more than half its sales in Europe, its largest market, though with more lenient nitrogen oxide standards. If the scandal undermines the business case for Volkswagen’s diesel engines, a 16.6 billion euro drop in value will look like a country jaunt.

Attendees look under the hood of the 2016 Volkswagen Passat during its reveal in the Brooklyn borough of New York September 21, 2015.

Shares in Volkswagen fell to 126.30 euros in early trading on Sept. 22 after the German carmaker was caught falsifying emissions data for certain diesel vehicles sold in the United States since 2009.

The non-voting shares, listed separately from VW’s ordinary shares, had already lost 18 percent on Sept. 21. In total, the carmaker’s market capitalisation has fallen by 16.6 billion euros ($18.6 billion) since U.S. environmental authorities made the case public on Sept. 18.

French Finance Minister Michel Sapin called for a European Union-level inquiry into the emissions-cheating scandal, adding that the probe should be extended to French carmakers too. South Korea said on Sept. 22 it would investigate emissions of three VW and Audi diesel cars.