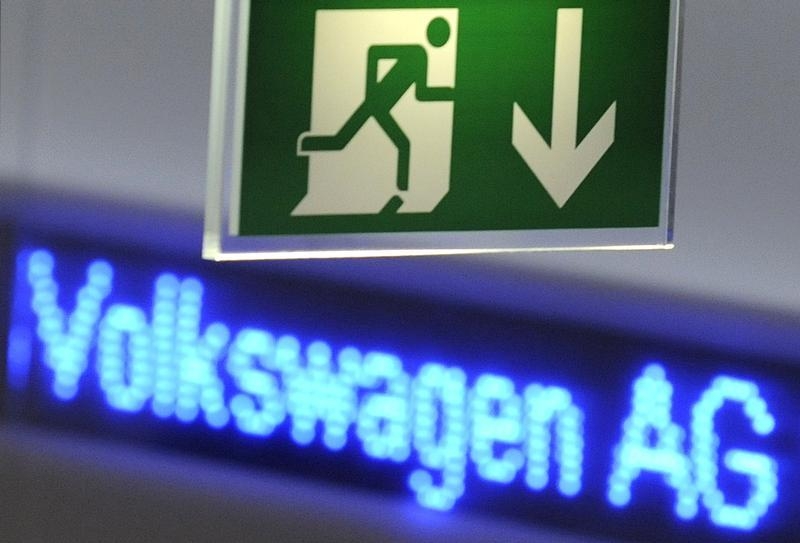 Martin Winterkorn’s resignation as Volkswagen’s chief executive clears the way for sweeping changes at Europe’s largest carmaker. VW doesn’t just need to explain how 482,000 of its U.S. diesel passenger vehicles were rigged to cheat on emissions tests – with the software also installed in 11 million cars globally. It also needs to reform its culture and radically simplify an overly complex structure. A good place to start would be to overhaul executive compensation.

Winterkorn took home 15.9 million euros ($17.8 million) last year, not including pension benefits. That made him one of Germany’s highest-paid bosses. Former Chairman Ferdinand Piech, who resigned in April, was the country’s best-remunerated chairman in 2014, with 1.5 million euros.

Bonuses of 68 million euros, mostly in cash, accounted for some 90 percent of Winterkorn’s pay between 2009 and 2014, the period when Volkswagen was manipulating U.S. emission tests. During most of that time, he was not only the CEO of the entire company but also boss of the VW passenger car brand which sold the bulk of the doctored cars. He was also directly responsible for the company’s research and development operations.

The company on Tuesday set aside 6.5 billion euros just to cover the potential costs of recalling and fixing the affected cars. That equates to roughly 60 percent of the net income Volkswagen is expected to earn this year, according to Thomson Reuters data.

That could be just the start, though. The U.S. Environmental Protection Agency could in theory hit VW with a bill as high as $18 billion. In addition, the company’s market value has plunged by some 22 billion euros and it may lose sales and face other legal claims as a result of the fiasco.

Ideally, Winterkorn should shoulder his share of the financial pain. That would involve his employer clawing back some or all of his bonuses, akin to what banks have promised to do in the wake of the 2008 financial crisis. For now, it looks like Volkswagen’s compensation program lacks any mechanism to do that. The company’s board could, of course, apply moral pressure. And it should certainly consider a clawback policy for future top executives. That would send a strong message to prospective managers, customers and regulators alike.

Volkswagen Chief Executive Martin Winterkorn said on Sept. 23 that he is resigning. His decision comes after five days of revelations about the company using so-called defeat devices to trick U.S. regulators and customers into thinking its diesel cars were more environmentally friendly than they actually are.

Volkswagen has since admitted that the devices were installed not just in 482,000 cars sold in the United States but in 11 million diesel cars worldwide. The company lost as much as a third of its market value after the U.S. Environmental Protection Agency said it could levy a fine as high as $18 billion. On Sept. 22 Volkswagen set aside 6.5 million euros to cover costs from any recalls as well as to pay for a marketing campaign aimed at improving its tarnished image.