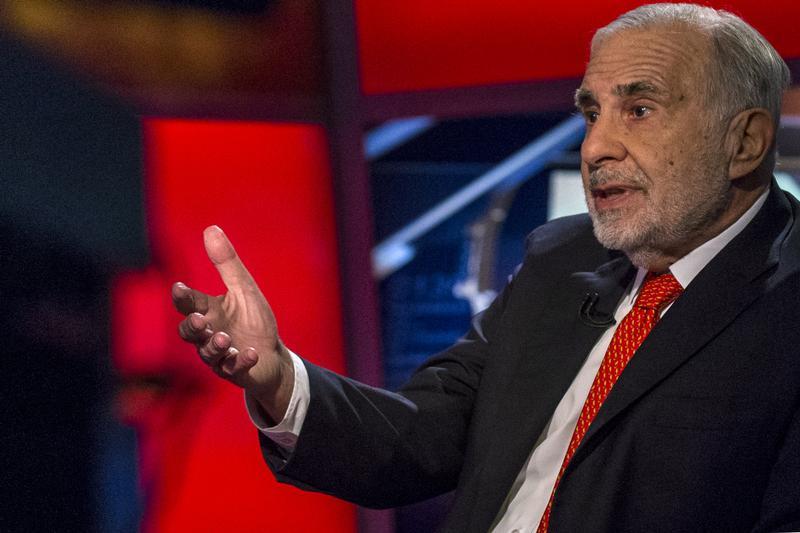 Carl Icahn is trapped in a long-haul trucking nightmare. The investor’s 20 percent stake in sputtering U.S. manufacturer Navistar International got a welcome jolt on Tuesday after the company announced a partnership with Volkswagen’s truck unit. Even after the 40 percent-plus surge in Navistar’s stock by early afternoon, though, it still needs to rise by another 50 percent or more just for Icahn to break even on the $500 million he has invested.

It has been a downhill ride for the activist since he first jumped into the cab with an almost 10 percent stake in late 2011. Back then, it looked as if he would try to mesh Navistar with rival Oshkosh, another of his holdings. A deal might have produced enough cost cuts to cover a big premium and leave plenty more upside for both sets of shareholders to enjoy.

Icahn and former protégé Mark Rachesky, whose MHR Fund Management has also been a Navistar shareholder for years, helped oust then Chief Executive Dan Ustian in August 2012. He had invested in diesel technology which failed and almost crashed the company.

The recovery has been slow. Navistar lost money in 14 of the past 15 quarters. And its EBITDA margin may only hit 6.6 percent this year, compared with 11.3 percent at rival Volvo, according to Thomson Reuters data. Even if that metric improves by around a percentage point a year for the next three years, as analysts project, Navistar would still be a laggard.

Icahn and Rachesky, whose fund also owns a 20 percent interest, between them control four of Navistar’s nine board seats. Fellow activist Mario Gabelli, who owns some 12 percent of the company, has for years wanted Navistar to sell itself.

Tuesday’s less decisive deal with VW shows the paucity of options available to turbocharge the business. The $256 million investment from the German giant is welcome, but the $200 million of annual savings Navistar expects to find after five years is only 2 percent of total operating costs in the company’s most recent full year.

Executives may find more gas in the tank as the joint venture progresses. But such improvements take time. Icahn, Rachesky and Gabelli – already five years into their campaign with nothing to show for it – will have to patiently ride shotgun for a while yet.

The German carmaker is taking a 16.6 percent stake in Navistar for $15.76 per Navistar share, or about $256 million. Volkswagen has also agreed to supply engines to Navistar and will set up a procurement joint venture.

Navistar shares jumped as much as 65 percent in morning trading on Sept. 6. By 2 p.m. EDT, shares were up 43 percent.

The German carmaker is taking a 16.6 percent stake in Navistar for $15.76 per Navistar share, or about $256 million. Volkswagen has also agreed to supply engines to Navistar and will set up a procurement joint venture.

Navistar shares jumped as much as 65 percent in morning trading on Sept. 6. By 2 p.m. EDT, shares were up 43 percent.