The price is right 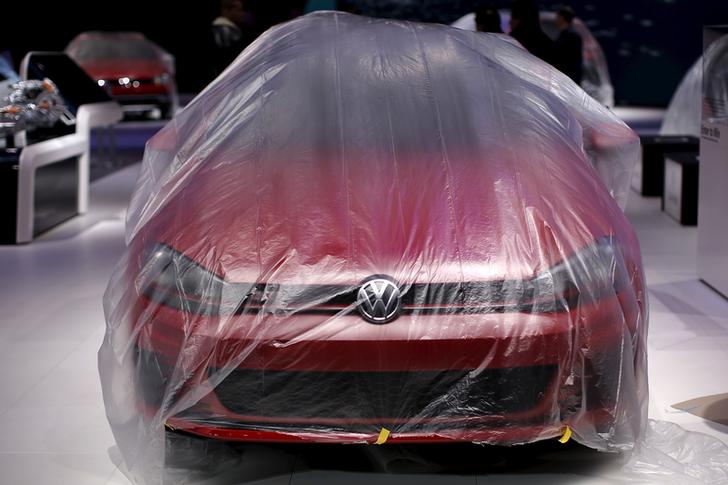 The carmaker has set aside $18 bln for the dieselgate scandal. Stripping out likely costs for buybacks, recalls, compensation and lawyers implies a $4.5 bln fine – just a tenth of the theoretical maximum. But at four times the industry record, it looks a reasonable base case.

A Volkswagen is seen covered in protective plastic ahead of the New York International Auto Show at the Jacob Javits Convention Center in New York, March 22, 2016.

The company says the provisions for “dieselgate”, which it increased by 9.5 billion euros in the fourth quarter, now include not just recall costs and compensation to customers, but also all global legal risks.

Looking into 2016, the company expects sales revenue growth of 5 percent and operating margin of between 5 percent and 6 percent.