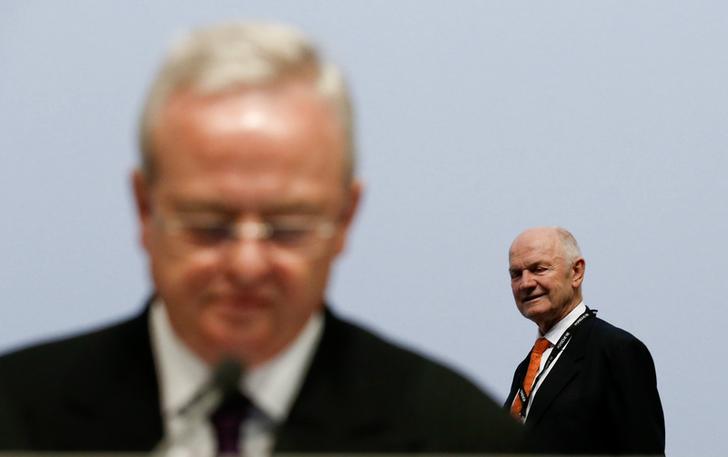 Ferdinand Piech (R), chairman of the supervisory board of German carmaker Volkswagen walks beside President and CEO of Porsche Automobil Holding SE Martin Winterkorn as they attend the annual shareholders meeting of Porsche in Leipzig.

Shares in Volkswagen, Europe’s largest carmaker, gained 4.9 percent to 244.45 euros on April 27, on the first day of trading after the resignation of Chairman Ferdinand Piech. The 78-year-old, who masterminded VW’s global expansion and was a towering figure at the German group for more than two decades, stepped down on Saturday after losing a showdown he had provoked with Chief Executive Martin Winterkorn.

Deputy Chairman Berthold Huber, a senior trade unionist, will take over until a permanent successor is found.

The departure follows comments Piech made earlier in the month about VW Chief Executive Martin Winterkorn. Piech was quoted in the German weekly Der Spiegel saying he had “distanced” himself from the CEO.

Piech was isolated in a five-to-one vote of Volkswagen’s steering committee last week as labour representatives, the state of Lower Saxony, and his own cousin Wolfgang Porsche stood firmly behind Winterkorn.