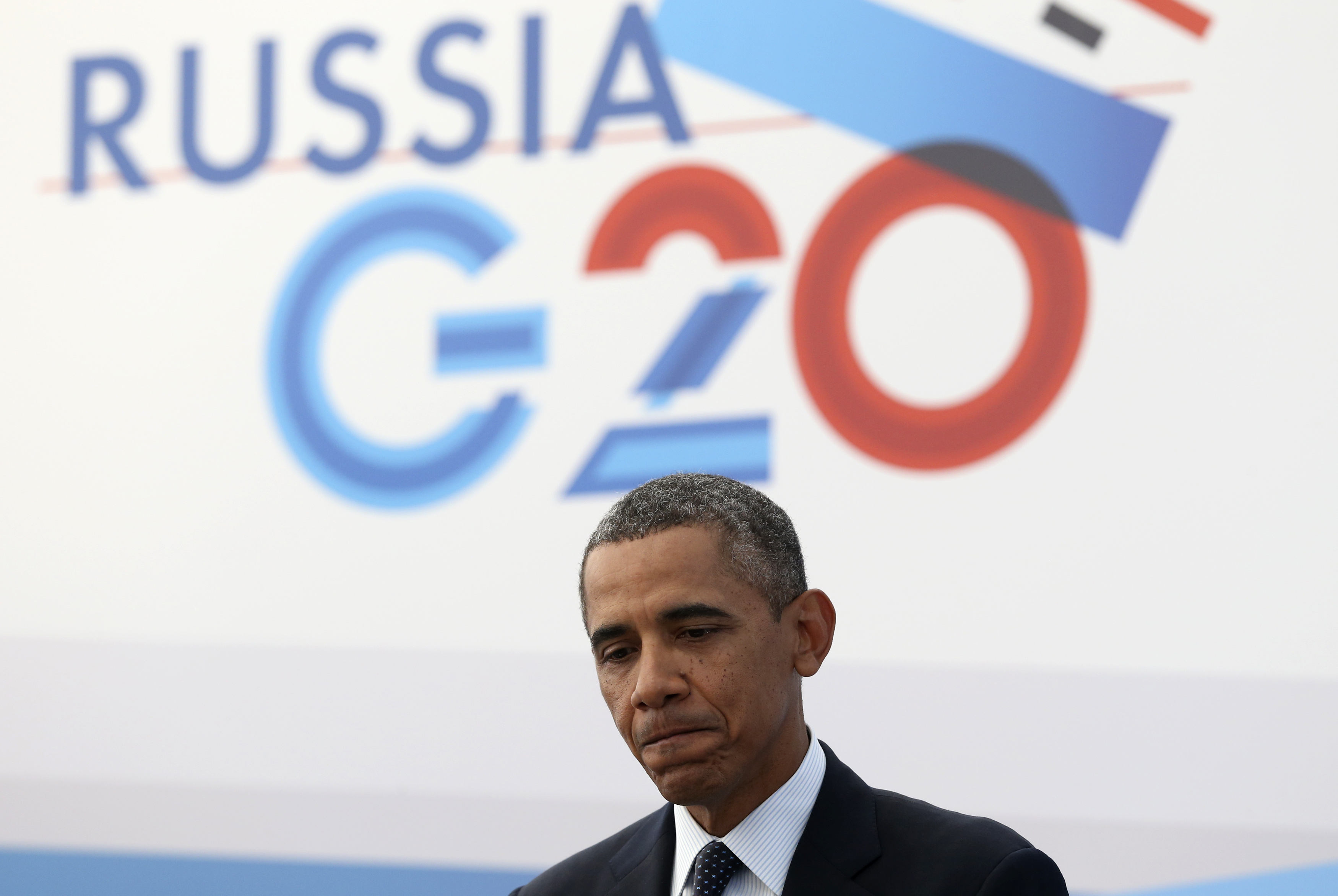 The group proved its mettle during the financial crisis. But global finance chiefs at their latest D.C. meeting worry the flawed G20 has succumbed to mission creep and verbosity. Fixes will be vital for a smooth transition as economic power shifts from rich to emerging nations.

U.S. President Barack Obama speaks to the media during a news conference at the G20 summit in St.Petersburg September 6, 2013. REUTERS/Sergei Karpukhin

Finance officials and central bankers from the Group of Twenty top economies met in Washington on Oct. 11.
The gathering, which became the main forum for collaboration between global policymakers during the 2008 financial crisis, was in need of reform, according to a statement from South Korea’s finance ministry. Australia, the next chair of the gathering, also indicated that it would focus on making the meetings more productive.