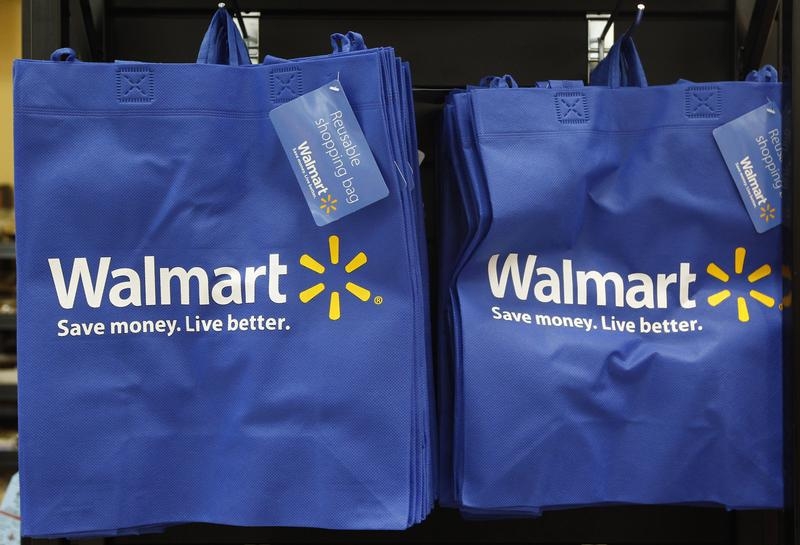 The U.S. mega-retailer is belatedly paring brick-and-mortar investment in favor of e-commerce. Amazon, meanwhile, plans to open its first storefront in a radical departure from two decades of online disruption. As strategies slowly converge, valuations may start to inch closer.

Wal-Mart said on Oct. 15 it would cut back on new U.S. store openings and ramp up investment in its online business. Shares of the U.S. retailer fell 3.5 percent after it also warned that revenue would grow more slowly than originally forecast in the fiscal year ending in January.

Amazon, the world’s biggest online retailer, plans to open its first physical store, in New York City, the Wall Street Journal reported on Oct. 9, citing people familiar with the matter. The outlet, to be located near the highly trafficked Empire State Building, will function as a mini-warehouse, offering same-day delivery, pickups and returns, according to the newspaper.